Dr. Farooq was stabbed to death in London, outside his house in Edgware on September 16, 2010. 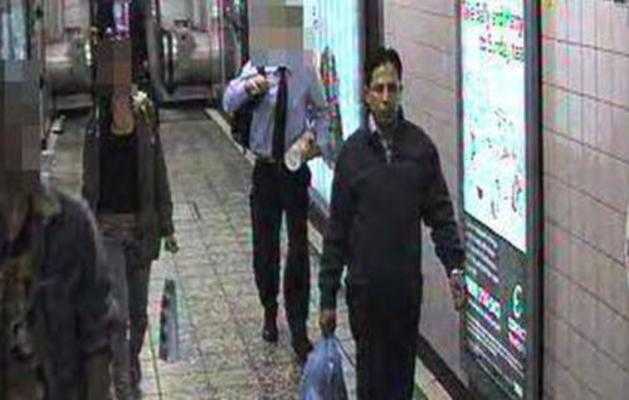 An Anti-Terrorism Court (ATC) in Islamabad on Thursday has handed life sentences to three prime suspects, Khalid Shamim, Syed Mohsin Ali and Moazzam Ali, for their involvement in the murder of MQM leader Dr. Imran Farooq.

Dr. Farooq was stabbed to death in London, outside his house in Edgware on September 16, 2010.

The judgment was read by ATC Judge Shahrukh Arjumand as the accused appeared before the court through a video link to attend the hearing.

“It is proved that [MQM founder] Altaf Hussian ordered the killing of Dr. Imran Farooq,” the 39-page verdict said.

“Two of his other senior party members based in London then communicated the orders to relevant persons based in Pakistan.

“Accused Moazzam Ali another senior member working at Nine Zero the headquarters of MQM, along with accused Khalid Shamim engaged accused Syed Mohsin Ali and Kashif Khan Kamran for fulfilling the job. The two executors were properly facilitated who went with a sole purpose to London for committing the murder and as per pre-planned conspiracy, an innocent person was brutally murdered,” it read, adding that Kamran is absconding in the case.

“The sole purpose of committing the murder was to remove political obstacle upon the orders of party supremo ie Altaf Hussain who is still absconding and has no courage to face the allegations by appearing before court.”

Dr. Farooq had said that “if anything happens to him or his family, the leadership of MQM will be responsible,” according to the verdict.

“A conspiracy was thus hatched among the seven accused in which everyone played his role and consequent thereupon, the two executors after being facilitated in terms of money along with logistics travelled to London for the explicit purpose of carrying out heinous offence”.

“The present case is historical in nature whereby the documentary evidence and articles were produced during trial after agreement qua MLA was struck between two sovereign countries,” said the verdict.

The convicts have been ordered to submit a fine of Rs200,000. In case, they fail to do so then they will be imprisoned for six more months.

They have been instructed to pay Rs1 million each as compensation to Farooq’s family.

The judgment was reserved on May 21 after the completion of the trial. During the hearings, 29 witnesses recorded their statements in the case.

tweet
Share on FacebookShare on TwitterShare on PinterestShare on Reddit
Saman SiddiquiJune 18, 2020
the authorSaman Siddiqui
Saman Siddiqui, A freelance journalist with a Master’s Degree in Mass Communication and MS in Peace and Conflict Studies. Associated with the media industry since 2006. Experience in various capacities including Program Host, Researcher, News Producer, Documentary Making, Voice Over, Content Writing Copy Editing, and Blogging, and currently associated with OyeYeah since 2018, working as an Editor.
All posts bySaman Siddiqui