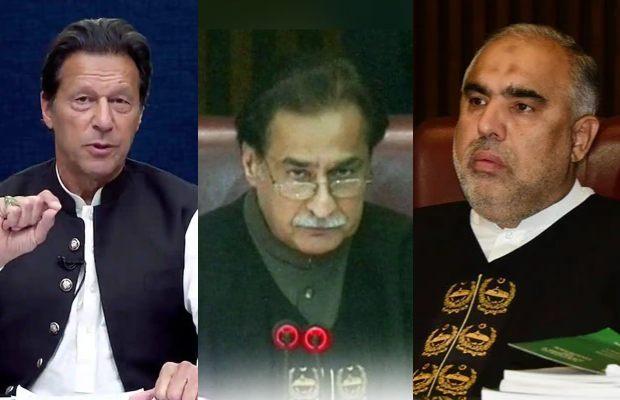 Imran Khan held the post of Prime Minister for 3 years and 8 months. No Prime Minister in the history of Pakistan has completed his 5-year term to date.

The session of the National Assembly resumed after four recesses.

Asad Qaiser has stepped down from his post of National Assembly speaker and handed over the presidency to PML-N leader Ayaz Sadiq.

Government members left their seats, after which the process of voting on the no-confidence motion against Prime Minister Imran Khan began.

Ayaz Sadiq informed the house that 174 votes were cast in support of a no-confidence motion against PM Imran Khan, after which Imran Khan does not remain Prime Minister of Pakistan.

tweet
Share on FacebookShare on TwitterShare on PinterestShare on Reddit
Saman SiddiquiApril 10, 2022
the authorSaman Siddiqui
Saman Siddiqui, A freelance journalist with a Master’s Degree in Mass Communication and MS in Peace and Conflict Studies. Associated with the media industry since 2006. Experience in various capacities including Program Host, Researcher, News Producer, Documentary Making, Voice Over, Content Writing Copy Editing, and Blogging, and currently associated with OyeYeah since 2018, working as an Editor.
All posts bySaman Siddiqui