Prime Minister Imran Khan has surpassed 10 million followers on his Facebook handle, making the premier one the most-followed Pakistani politicians on the social media platform. 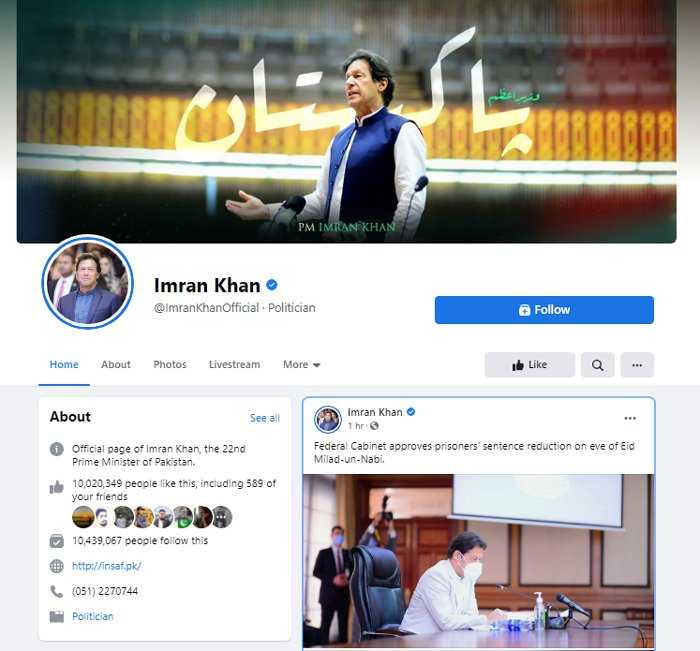 Meanwhile, in July it was emerged in a study that Imran Khan was the ninth most-followed world leader on Twitter, with the inclusion of 22% growth in the number of his followers.

According to a survey, US President Donald Trump is the top most followed world leader, followed by Indian Prime Minister Narendra Modi, while Pope Francis comes in at number three.

The study revealed that the US president came to the top position on his Twitter due to his “army of ‘Keyboard Warriors’, liking, retweeting, and amplifying his messages”.