Imran Khan escapes a plane crash on his way to Gujranwala

According to PTI sources, Imran Khan left for Gujranwala Jalsa on a special plane from Chaklala. 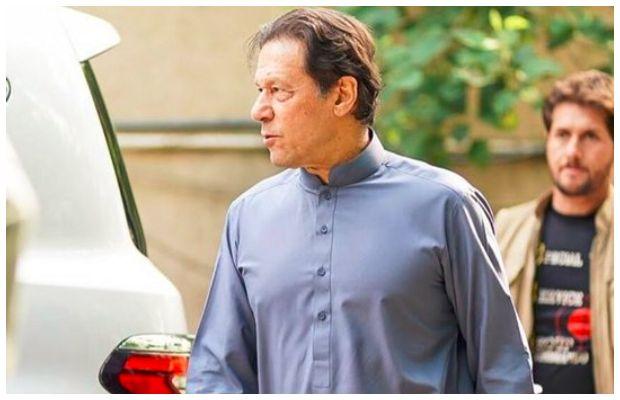 Imran Khan escapes a plane crash on his way to Gujranwala!

As reported, PTI Chairman Imran Khan’s airplane developed a technical malfunction soon after it was airborne.

The pilot safely landed the plane after contacting the control tower for an emergency landing.

Former PM Imran Khan was leaving for Punjab to attend a political rally in Gujranwala city.

According to PTI sources, Imran Khan left for Gujranwala Jalsa on a special plane from Chaklala.

Immediately after take-off, the plane experienced a technical problem, the captain of the plane contacted the control tower and landed the plane safely.

According to the sources, Imran Khan later left for the Gujranwala rally by road.

The confirmation of the incident was also made by PTI supporter and former Junoon member Salman Ahmad.

We are extraordinarily lucky that @ImranKhanPTI plane’s technical fault was discovered in time , before it took off . #MinusOneNaManzoor #IStandWithImranKhan #GujranwalaJalsa

It should be noted that Chairman PTI Imran Khan will announce the future action plan in Gujranwala Jalsa today.

Pakistan Tehreek-e-Insaf has given a call to the workers and people to come out in different places of the country today to show solidarity with former Prime Minister Imran Khan.

Tehreek-e-Insaaf workers and people have been called to gather at 35 places across the country including Islamabad.

Tonight’s rally will be the last one of the current phase of the PTI’s ‘Haqiqi Azadi Movement’, where the future plan is to be revealed.

tweet
Share on FacebookShare on TwitterShare on PinterestShare on Reddit
Saman SiddiquiSeptember 10, 2022
the authorSaman Siddiqui
Saman Siddiqui, A freelance journalist with a Master’s Degree in Mass Communication and MS in Peace and Conflict Studies. Associated with the media industry since 2006. Experience in various capacities including Program Host, Researcher, News Producer, Documentary Making, Voice Over, Content Writing Copy Editing, and Blogging, and currently associated with OyeYeah since 2018, working as an Editor.
All posts bySaman Siddiqui