Imran Khan gets transit bail till August 25 in terrorism case 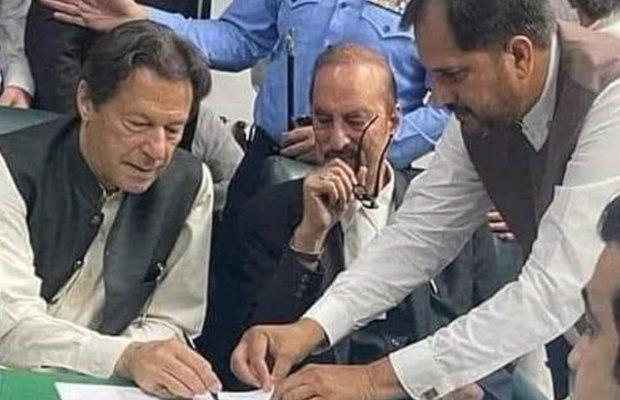 Imran Khan gets transit bail till August 25 in a terrorism case on Monday!

To avoid arrest in a terror case filed against him last (Sunday) night, PTI Chairman Imran Khan has secured transit bail for three days till August 25 after he filed a pre-arrest bail application in the Islamabad High Court.

PTI lawyer Faisal Chaudhry and Babar Awan filed the plea on behalf of the former prime minister Imran Khan, who maintained in the plea that he is ready to appear before the court whenever summoned.

“There is no chance of fleeing or damaging evidence presented by the prosecution. Imran Khan is also ready to submit money as surety against his bail,” the plea stated.

However, the IHC registrar’s office had raised three objections over the plea.

The objections made include:

The court asked Khan to approach an anti-terrorism court (ATC) by August 25 citing it as a relevant forum in the case.

As reported,  The court has barred Islamabad Police from arresting the PTI Chairman and directed him to approach the trial court in three days over the matter.

A first information report (FIR) was registered against Imran Khan under the Anti-Terrorism Act (ATA) for threatening an additional sessions judge and senior police officers of the Islamabad Police at a rally in the federal capital’s F-9 Park.