The high-profile meeting during the current tense political situation in the country has drawn a few concerns. 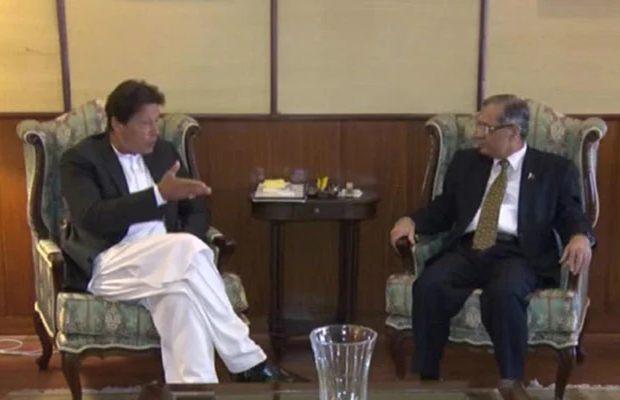 As reported, the meeting was held at the residence of former PM Imran Khan in Zaman Park locality of Lahore.

According to the news sources, Nisar came to Khan’s residence as the ex-PM had wanted to meet the former chief justice of Pakistan.

The former Chief Justice of Pakistan gave some consultancy to the PTI Chairman on the current legal and constitutional issues, the source added.

After the meeting, Saqib Nisar while talking to Geo News said that he has expressed concerns over the campaign against the judiciary on social media platforms during the meeting with Khan.

“I told Imran Khan that the perception being created about the judiciary was wrong […] I told him that there are very good and competent judges present,” he said.

Former CJP Nisar added that during the meeting they did not discuss Punjab’s political situation with him.

The former chief justice went on to say that both of them discussed legal options.

However, he did not specify what those legal options pertained to.

The high-profile meeting during the current tense political situation in the country has drawn a few concerns.