Addressing a jalsa in Swabi, the PTI chairman said that he Will reveal the name of poison used to induce a heart attack, and kill ex-FIA director, Dr. Rizwan 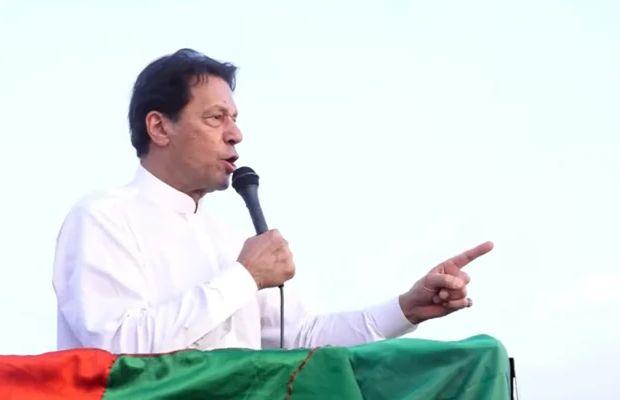 “Will reveal the name of poison used to induce a heart attack, and kill ex-FIA director, Dr. Rizwan,” he said.

PTI chairman alleged that the Federal Investigation Agency, FIA, has already been destroyed,  as the official,  who was probing the alleged corruption cases against Prime Minister Shehbaz Sharif and his sons,  was “killed while another officer was fighting for his life”.

“When the PPP left government, Nawaz Sharif compromised with the MQM. After an operation was launched against the MQM, the party started targeting individual police personnel because of which Sindh police is still unable to become an independent department,” Imran Khan said.

“There’s a killer placed on top of the FIA. His end will be what the MQM did to the police after the operation,” the ousted PM added.

PTI chairman told a charged crowd that he wants everybody present at the Swabi Jalsa to come out when he gives a call for the long march.

Thank your Swabi! You have reinforced what I have been witnessing in all my jalsas for the past 2 months: that something unique is happening in Pakistan. Our nation is united in its outrage at US sponsored regime change conspiracy & the cabal of crooks imposed on us. #SwabiJalsa pic.twitter.com/AvnDBxq7Fu

PTI chairman said: “We need to convey this message to the imported government and the foreign conspirators that we do not accept the regime change.”

PTI chairman has been holding a series of public gatherings in different cities ever since his ouster from power.

PTI continues rallying its party workers and leaders against the government ahead of the Islamabad march.