Imran Khan proposes to give extension to COAS Qamar Bajwa 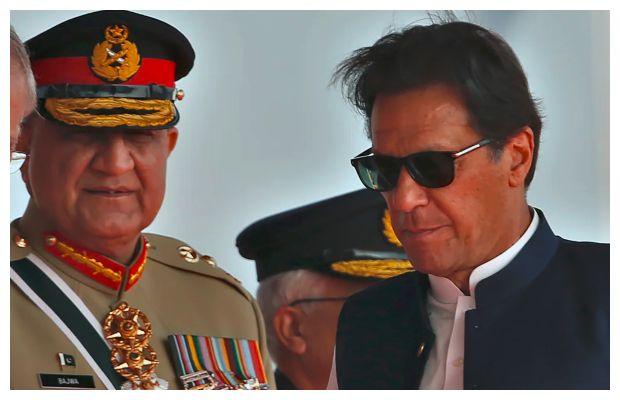 Imran Khan proposes to give an extension to COAS Qamar Bajwa till the formation of a new government after the general elections!

On Monday, in an unprecedented move, the PTI chairman Imran Khan proposed to give an extension to Chief of Army Staff General Qamar Javed Bajwa.

The former prime minister said that the appointment of the new army chief should be postponed till the formation of the new government.

In an exclusive interview with the Dunya News programme Dunya Kamran Khan Kay Sath, the PTI Chief said that they still have the option of dissolving the provincial assemblies, and they also have a few ideas that will push the federal government to stay within the constitution.

He went on to add that on one hand, a message is being conveyed that everyone should work together, while on the other hand, his party is being pushed against the wall. “I can bring the whole nation onto the streets,” he said.

The former prime minister said that the country is passing through a difficult phase and he decided to stage a peaceful protest and go home.

He added that the elections could be delayed by around two months.

It is pertinent to mention here that PTI leadership has been alleging the establishment for the removal of their government.

COAS tenure is going to get completed in the month of November.