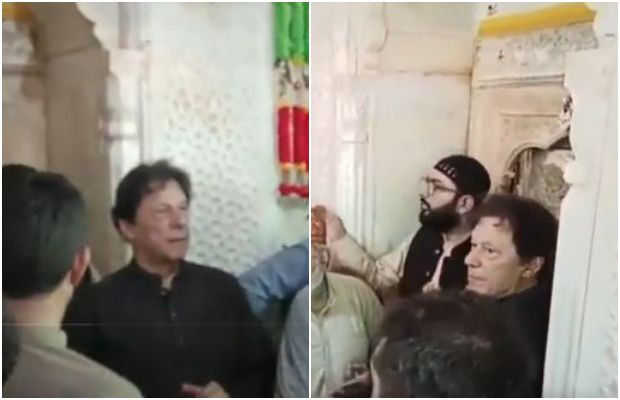 As reported, the former prime minister and Pakistan Tehreek-i-Insaf Chairman Imran Khan prayed a the shrine and laid a floral wreath.

The visit of the PTI Chairman comes a day after the Election Commission of Pakistan, ECP, announced the pending verdit of the Foreign Funding Case involving Pakistan Tehreek e Insaaf.

Visuals from his visit are being shared on social media.

As reported, Chor Chor slogans were raised by a man as Imran Khan visited the shrine.

A video clip aired on SAMAA TV showed a man chanting the ‘chor’ (thief) slogan against ex-premier Imran Khan when he saw him coming out after paying respects at the shrine.

While Imran Khan’s personal guard heckled the man who chanted the slogan.