As reported, a magistrate of Islamabad’s Margalla Police Station has issued an arrest warrant for PTI Chief Imran Khan.

According to the details, an area magistrate issued an arrest warrant in the case registered on August 20 against the PTI chief for his remarks regarding Additional District and Sessions Judge Zeba Chaudhry.

The FIR includes four sections of the Pakistan Penal Code (PPC): 506 (punishment for criminal intimidation), 504 (intentional insult with intent to provoke breach of the peace), 189 (threat of injury to public servant), and 188 (disobedience to order duly promulgated by public servant). 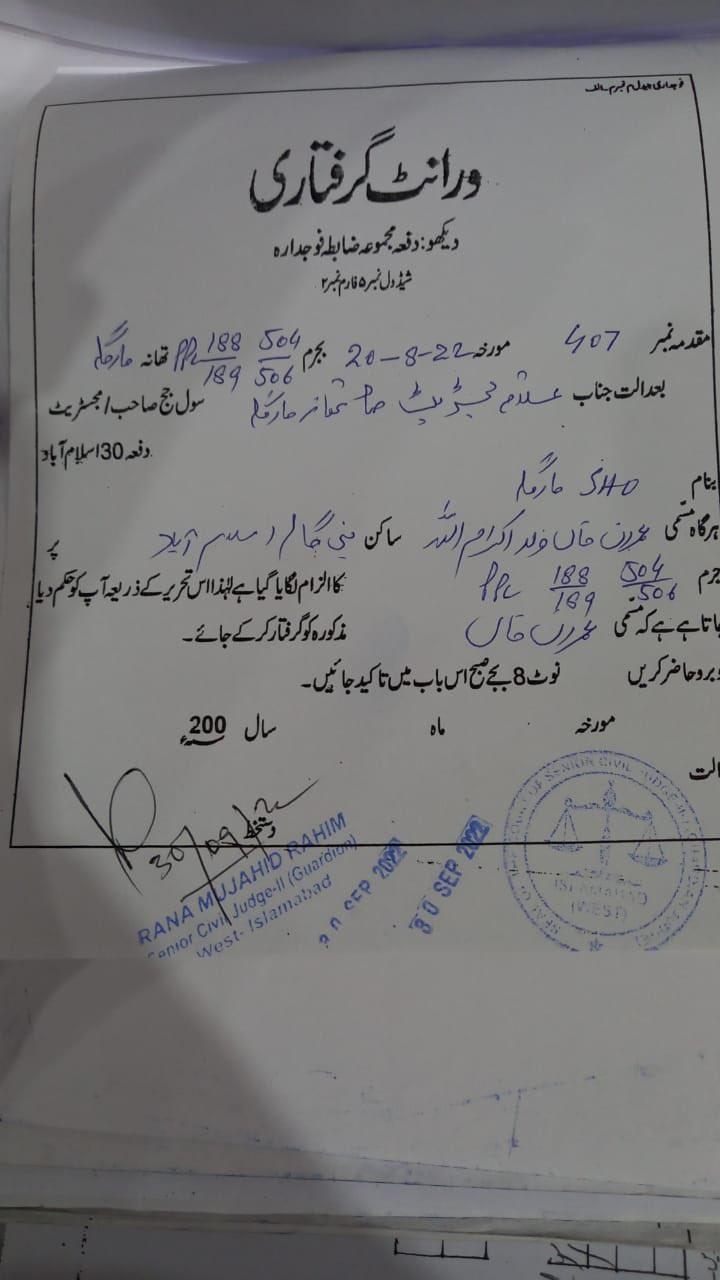 Earlier in the day, PTI Chairman Imran Khan submitted another affidavit with the Islamabad High Court (IHC) in connection with a contempt case lodged against him for his controversial remarks against Additional District and Sessions Judge Zeba Chaudhry.

The former prime minister is facing contempt charges for his controversial remarks against the judge during a rally in Islamabad on August 20.

However, Additional District and Sessions Judge Zeba Chaudhry was not present in the court at the time.