The march would wipe out the “selected” government, says PML-N leader. 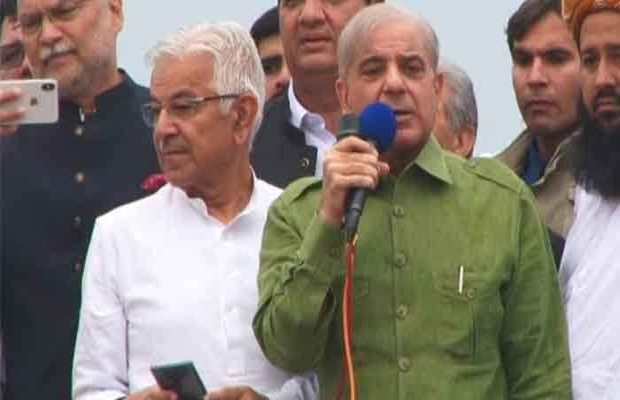 The PML-N leader said that the march would wipe out the “selected” government.

Shahbaz Sharif, while addressing at the rally, congratulated JUI-F leader Maulana Fazlur Rehman for gathering thousands of people in Islamabad.

He pointed out that the PTI’s government has failed to overcome dengue, adding that people are dying of the outbreak and government has deprived people of medicine.

The PML-N leader further said that during Nawaz’s government people used to get free medicine and now they have realised that “old Pakistan” was far better than “Naya Pakistan”.

While criticizing the premier, he said 50,000 people have been affected by dengue this year.

“People have lost their lives to dengue and Imran Khan used to call us Dengue Brothers,” he said.

He stressed that the opposition would now take forward its campaign, adding that, “Azadi March was the first phase of the movement”.

The PML-N leader have also assured the people that when assuming the power, we will put the country on the right track within six months after forming a government in collaboration with our allies.