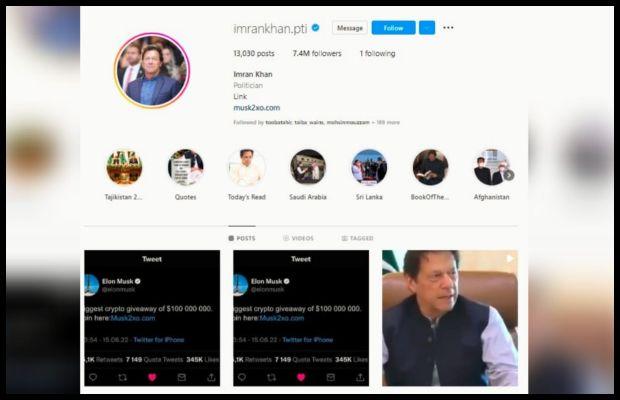 As reported, former prime minister Imran Khan’s Instagram is also monitored by the PTI Social Media Head and it has so far shared more than 13,000 posts.

As reported, the official Instagram account of Pakistan Tehreek-e-Insaf (PTI) Chairman Imran Khan was hacked by some unknown hackers on Monday.

The unknown hackers shared a screenshot of a tweet of Elon Musk, founder of SpaceX and Tesla and cryptocurrency enthusiast on the former Pakistani premier’s social media account.