The eclipse started at 7:30 am Pakistan Standard Time. 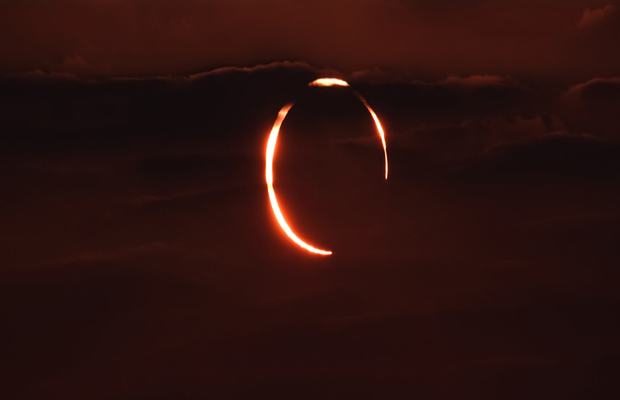 Sky watchers in Asia at different places were lucky to catch a glimpse at the rare “ring of fire” solar eclipse on Thursday. These types of eclipses occur every year or two but are only visible from a narrow band of the earth each time.

The eclipse started at 7:30 am Pakistan Standard Time and this time a partial solar eclipse was witnessed, unlike the full eclipse that occurred in 1999.

Dependent on the weather conditions, this year’s astronomical phenomenon was visible from the Middle East across southern India and Southeast Asia before ending over the northern Pacific.

There are usually two solar eclipses every year, they occur only when the earth is completely or partially in the moon’s shadow.

The previous solar eclipse was on July 2 and was visible almost exclusively over South America.

The next annual eclipse in June 2020 will be visible to a narrow band from Africa to northern Asia.

Here is the rare solar eclipse caught on camera at various location across Aisa: