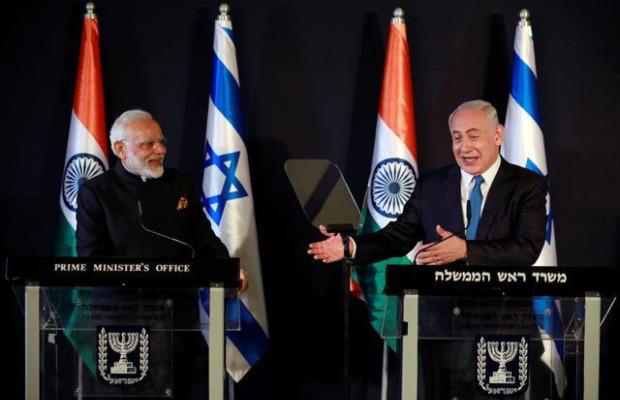 India has acquired Israeli-made Pegasus spyware under defence deal according to the New York Times report.

As per The New York Times report, India had bought controversial Israeli-made Pegasus spyware in 2017 as a part of its $2 billion defence deal of sophisticated weapons and intelligence gear.

The report claims that PM Modi’s visit came even as “India had maintained a policy” of what it called “commitment to the Palestinian cause,” and “relations with Israel were frosty.”

“The Modi visit, however, was notably cordial, complete with a carefully staged moment of him and Prime Minister [Benjamin] Netanyahu walking together barefoot on a local beach. They had a reason for the warm feelings. Their countries had agreed on the sale of a package of sophisticated weapons and intelligence gear worth roughly USD two billion — with Pegasus and a missile system as the centrepieces.”

According to the details, months later, Netanyahu made a rare state visit to India and in June 2019, “India voted in support of Israel at the UN’s Economic and Social Council to deny observer status to a Palestinian human rights organization, a first for the nation.”

Following the New York Times report, Congress leader Rahul Gandhi lashed out at Modi’s government and said it has committed treason after a report in a foreign publication claimed that India had bought the Pegasus spyware.

“The Modi government bought Pegasus to spy on state leaders and the public. They have targeted the ruling party, the Opposition, the court, by tapping their phones. This is treason. The Modi government has committed treason,” the Congress leader tweeted.

Modi Govt bought Pegasus to spy on our primary democratic institutions, politicians and public. Govt functionaries, opposition leaders, armed forces, judiciary all were targeted by these phone tappings. This is treason.

Congress leader Randeep Surjewala also criticized Modi on the matter, saying “The Modi government is the deployer and executor of the illegal and unconstitutional snooping and spying racket through Israeli surveillance spyware Pegasus and the Prime Minister is himself involved! This is a brazen hijack of democracy and an act of treason.”

He added, “It is now clear that the Modi government, led by the Prime Minister himself, (1) Purchased the software, (2) Duped the Parliament, (3) Misled the Supreme Court, (4) Used public money to spy and snoop upon its own people, (5) Hijacked democracy in the run-up to the 2019 Lok Sabha election, (6) Committed treason.”