Canada has once again failed to secure for one of the Western seats, by Ireland and Norway. 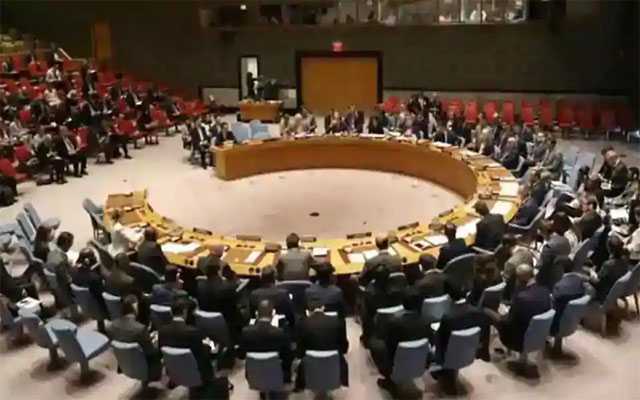 India on Wednesday was elected to the United Nations Security Council as non-permanent member for two-year term starting January 1, 2021 along with Mexico, Norway and Ireland.

According to the international news agency, Djibouti and Kenya have failed to get the two-thirds vote majority required to win and will go to a second round of voting on Thursday.

Canada has once again failed to secure for one of the Western seats, by Ireland and Norway.

India secured 184 votes out of the 192 countries that participated in the election. The country, in the Asia-Pacific region has been trying unsuccessfully to win a permanent seat in an expanded Security Council.

Running unopposed in the voting, Mexico has earned 187 votes. This time, African nations were unable to put forward a single country unlike the previous election in which the nations picked their own candidate.

Kenya received 113 votes against Djibouti, which got 78. Kenya claims of enjoying the support of the African Union, but Djibouti says it should have the seat due to Nairobi´s past participation on the Security Council and the principle of rotation.

Djibouti and Kenya, both are  highlighting their roles in seeking peace on the Horn of Africa, as well as their contributions to UN peacekeeping options.

Kenya highlighted its welcome to refugees from Somalia and South Sudan, as well as to its support to the two countries´ fragile governments.

Djibouti highlighted its strategic location and unusual role as a defense base for diverse countries — France, the United States, China and Japan — as well as its contributions in Somalia.

For Europe and the Western seats, the competition was more expected.

Canada — already faced defeat in 2010 during its last bid for the UNSC, when the General Assembly elected Portugal instead — was dominated by Norway, with 130 votes, and Ireland, which had 128, the minimum number required to win.

Canadian PM Trudeau had invested heavily in the latest Security Council election, with the defeat potentially causing him political embarrassment at home.