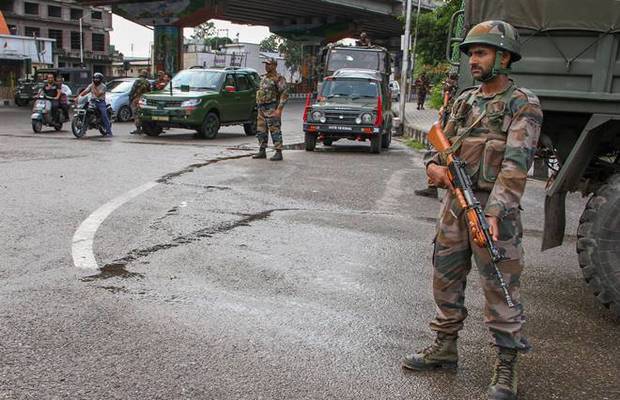 Indian government scraps Article 370 in a bid to integrate its only Muslim-majority region of India-administered Kashmir with the rest of the country.

This comes as the most far-reaching political move on the disputed region in nearly seven decades.

On Monday, the Home Minister Amit Shah told parliament that the president had signed a decree abolishing Article 370 of the constitution that gave a measure of autonomy to the Muslim-majority Himalayan region.

“The entire constitution will be applicable to Jammu and Kashmir state,” Shah said, amid loud protests by the Indian opposition in the parliament.

According to the statement issued by the home minister, the government has also decided to split the state into two union territories – Jammu and Kashmir, which will have a legislature, and Ladakh, which will be ruled directly by the central government without a legislature of its own. 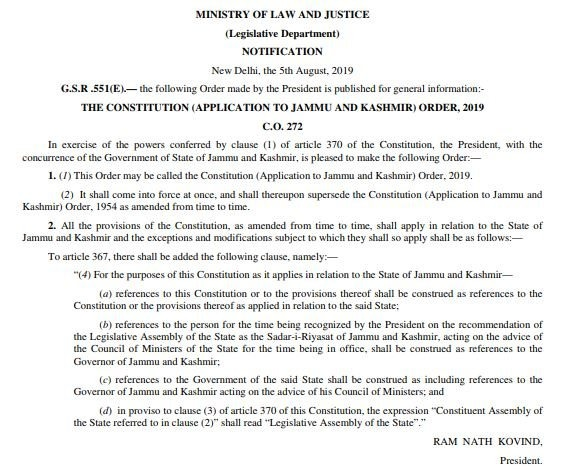 Regional parties in Jammu and Kashmir had earlier called attempts to revoke Article 370 an aggression against the 7 million people living in the disputed region.

Former Chief Minister Farooq Abdullah chaired a meeting of political leaders from the region on Sunday, issuing a statement, warning “against any tinkering with the special status of the region” as guaranteed under Article 35A of the Indian constitution.

Statement of Omar Abdullah, Vice-President of National Conference and former Chief Minister of Jammu & Kashmir, on revoking of Article 370 and other decisions announced by Government of India. pic.twitter.com/L9RXggb10k