#MeToo has reached India and its not slowing down!

Tanushree Dutta has triggered the MeToo movement in India 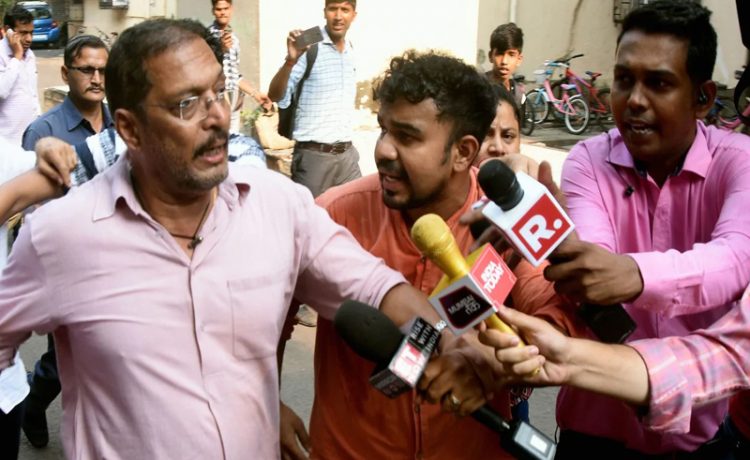 Tanushree Dutta’s episode has triggered the MeToo movement in India and now journalists across the border are raising they voice against men who have sexually harassed them.

Indian journo, Sandhya Menon started a thread on Twitter in which she shared a list of men who have sexually harassed her in the workplace and detailed accounts of those incidents. 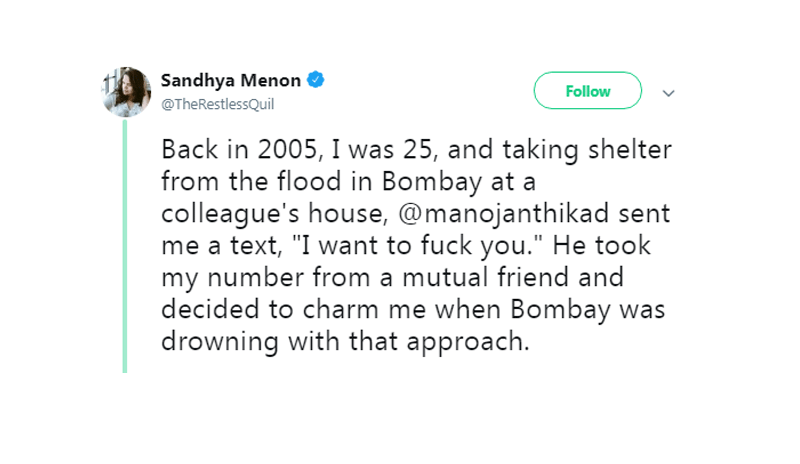 A photojournalist followed her lead and named all the men she has encountered who sexually harassed her. Mentioning Kailash Kher she wrote, “I was sent with my colleague, a woman journalist, to take pictures of Kailash Kher at his home for an interview. During the interview, this creep sat between us as close to us as he could. He also kept putting his hands on our thighs (on the skin above our skirts).”

Moreover, Bollywood’s favorite #babuji, Alok Nath has also been accused of rape. Filmmaker Vinta Nanda has alleged that Alok Nath had raped her in her home and also sexually harassed lead actress of her 1990s TV show Tara. She further added how Alok Nath has got her sacked when she had complained about him.

Earlier actress Kangana Ranaut had also alleged that she was sexually harassed at the hands of her film Queen’s director, Vikas Bahl as we..

The list is long and Indian journos, actresses and media are calling out all the men who have made sexual advances towards them. Seems like #MeToo is finally awakening in India, and its not going to slow down.