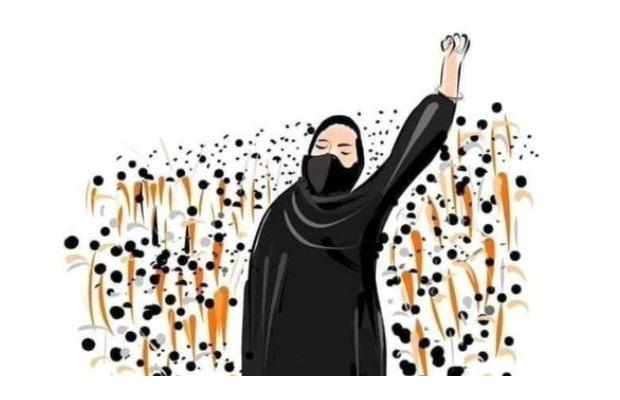 The young student Muskan stood her ground against the jeers, taunts, and screams of saffron-clad students in the Indian state of Karnataka for wearing her hijab.

A brave Muslim girl stood in front of a Hindu extremist mob and became a symbol of resistance on social media.

Her deed has taken over social media as a symbol of resistance, spurring countless videos, portraits, and images.

Tributes are pouring in for Muskan from all over the world for raising her voice against the oppression against the religious minorities in India.

#Muskan A Muslim brave girl stood all alone against coward people! So proud of you my sister, stay blessed! #AllahuAkbar pic.twitter.com/0AUXz9Nicz

The bravest woman of the 21st century,Real life Queen✨👑
For which the world has trembled at Allahu Akbar🖤#Muskan #blackday pic.twitter.com/6fAydkTg1a

Here's a poster for #AuratMarch
A fearless girl fighting for her rights.#AllahuAkbar #Muskan #Sherni pic.twitter.com/Ju7kyb3KLP

Speak up when denied your rights, says Muskan, the woman heckled for wearing burqa to her college in Mandya, Karnataka

Muskan Khan told Mid-day Online that while she’d felt ‘attacked’, she did not fear the mob.#Muskan#Hijab #HijabIsFundamentalRighthttps://t.co/v0Pp69iubM

If courage had a face! Muskan you are a lioness my sister. #AllahuAkbar pic.twitter.com/zeVRTssr4l

A video clip has gone viral on social media showing how saffron scarf goons were harassing a Muslim student at the college campus.

The hijab-clad girl Muskan is being regarded as a hero for not getting scared in front of the violent mob as she chanted ‘Allah Akbar’ in response to the Hindu extremists shouting  Jai Shri Ram.

The girl told India Today TV that she shouted Allah hu Akbar in response to chants of Jai Shri Ram by those heckling her.

“I was going to college to submit an assignment. There were some people who were not allowing me to go to the college because I was wearing a burqa. They were asking me to remove the burqa and then go inside,” Muskan said.

“They started shouting Jai Shri Ram. So I started screaming Allah hu Akbar. The principal and lecturers supported me and protected me.”