Indians took to social media, showing their anger towards PM Modi for acting mum on the issue. 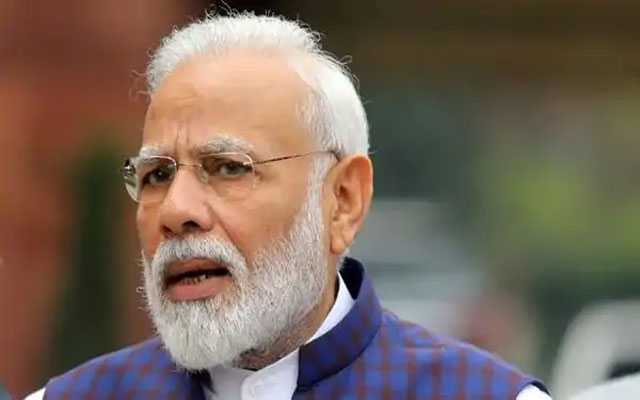 Why the Indian leadership did not speak of the retaliation saying the silence in quite doubtful, Mehbooba Mufti - OyeYeah News
0Share
231Views

China and India border-face off at Galwan Valley in Ladakh has resulted in the killing of 20 Indian soldiers but the Indian premier Narendra Modi is seemingly silent over the entire situation as he did not utter a single word on the development.

Many Indians think and even calling their PM “Modi” the weakest and the most incompetent”.

After the fatalities of several Indian troops in clash with the Chinese military at Galwan Valley in Ladakh, it has been reported that four Indian army soldiers were currently missing and another 32 “handed back after being captured”.

Indians took to social media, showing their anger towards PM Modi for acting mum on the issue.

Jammu and Kashmir’s former chief minister Mehbooba Mufti on her Twitter handle asked why the Indian leadership did not speak of the retaliation saying the silence in quite doubtful.

She said, “India deserves to know why there is no talk of retaliation to avenge the death of three Indian army personnel”.

Seems like China has hijacked the aggressive ‘ghar main ghuske marengay’ militaristic approach. Nation deserves to know why there is no talk of retaliation to avenge the death of three Indian army personnel!

Also, a defence analyst of India, Man Amang Singh Chhina said “the face-off had left the disengagement canard of Ladakh “shattered” and “in tatters”.

So the disengagement canard of Ladakh has been shattered and lies in tatters.
This is what many of us had been saying. Lies, lies and damned lies.

“This is what many of us had been saying. Lies, lies and damned lies,” he wrote.

A Congress party official said Modi had “failed”, terming him as “the weakest and the most incompetent PM in the history of India”.

PM HAS FAILED TO PROTECT OUR BRAVE SOLDIERS . #Ladakh

We now live in times where our TV anchors measure the strength of a government by how much it can bully and silence it’s own citizens and not how well it can protect the nation’s interests. #Ladakh

What is happening? This is the weakest government in years. https://t.co/We9ALYdnEj

For so long we have focused on Pakistan as our main threat, when really Pakistan is a protectorate of China, which has always been India's most lethal and dangerous adversary. The faux romanticism built around not a single bullet fired has died permanently today I hope #Ladakh