Inflation rate increased by 3.35 per cent and the overall rate touched the figure of 42.31 per cent this week in Pakistan. 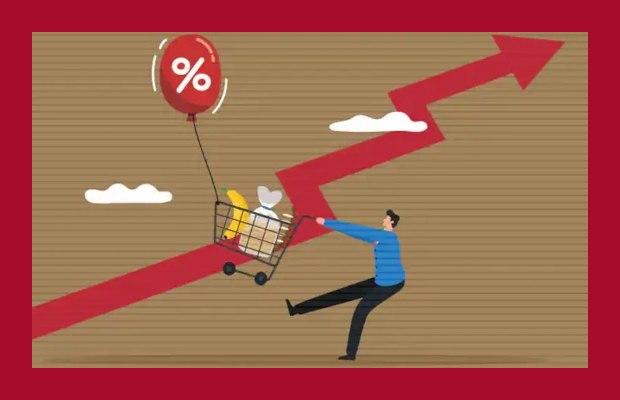 Inflation hits a historical high in Pakistan, reaching a level of 42.31%!

The Bureau of Statistics in a weekly inflation report released on Friday has disclosed that inflation has reached the highest level of 42.31 percent in the country’s history

The Bureau of Statistics in its weekly inflation report stated that the prices of 25 essential commodities increased in a week.

Prices of mutton, onion, and milk have also increased in recent weeks.

According to Data Statistics, domestic LPG cylinders became cheaper by 3.46%, ghee by 1.16%, and dal masoor by more than Rs.1 per kg in recent weeks.

While the price of sugar also decreased in recent weeks.

tweet
Share on FacebookShare on TwitterShare on PinterestShare on Reddit
Saman SiddiquiAugust 19, 2022
the authorSaman Siddiqui
Saman Siddiqui, A freelance journalist with a Master’s Degree in Mass Communication and MS in Peace and Conflict Studies. Associated with the media industry since 2006. Experience in various capacities including Program Host, Researcher, News Producer, Documentary Making, Voice Over, Content Writing Copy Editing, and Blogging, and currently associated with OyeYeah since 2018, working as an Editor.
All posts bySaman Siddiqui