Potok was charged for mischief 'yelling he had coronavirus' in the middle of a flight from Toronto to Jamaica, forcing the jet to turn back 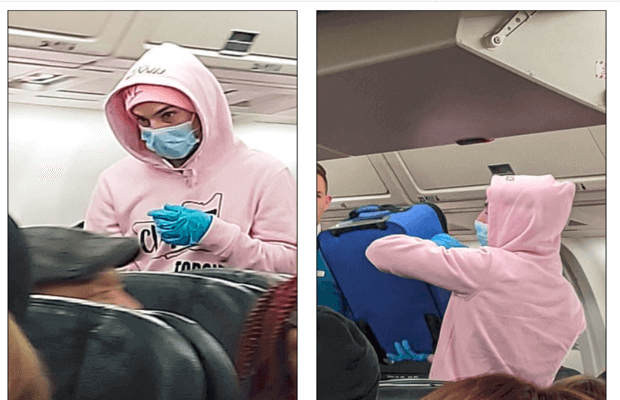 A social media star was charged for mischief ‘yelling he had coronavirus’ in the middle of a flight from Toronto to Jamaica, forcing the jet to turn back for an emergency landing at the Toronto airport.

Keeping in view that there are four confirmed cases of coronavirus in Canada.

28-years-old Potok Philippe, real name James Potok, was arrested and charged with mischief on Monday after crew on board the WestJet plane from Toronto to Jamaica were alerted because of his act and the jet was forced to turn back.

Reportedly, a second flight was also canceled as a result of the incident.

He was given a mask and gloves by the cabin crew and was told to move to the back of the plane. And upon forced landing, he was escorted off a plane in a mask and gloves for allegedly yelling he had coronavirus as part of a prank to go viral.

WestJet flight to Jamaica was turned around halfway there when a 29 year old man announced that he had the Corona Virus … It appears to be a prank …250 passengers were standed in Toronto as well as others in Montego Bay , Jamaica pic.twitter.com/obscZav4FJ

As being reported, WestJet Flight 2702 from Toronto to Montego Bay, Jamaica, was forced to turn around about two hours into the flight on Monday and returned to Pearson International Airport after Instagrammer James Potok joked on board that he had traveled to the region of China where the virus originated, where hundreds of people have died and millions are quarantined.

Later while talking to media, Potok said: “I stood up, I said, ‘Can I have everybody’s attention, I just came back from Hunan province.’ And that was it.”

According to Toronto’s City News that he had announced: “I just came back from Hunan province, the capital of the coronavirus…I’m not feeling too well. Thank you.”

tweet
Share on FacebookShare on TwitterShare on PinterestShare on Reddit
Saman SiddiquiFebruary 5, 2020
the authorSaman Siddiqui
Saman Siddiqui, A freelance journalist with a Master’s Degree in Mass Communication and MS in Peace and Conflict Studies. Associated with the media industry since 2006. Experience in various capacities including Program Host, Researcher, News Producer, Documentary Making, Voice Over, Content Writing Copy Editing, and Blogging, and currently associated with OyeYeah since 2018, working as an Editor.
All posts bySaman Siddiqui