The report by the ministry was submitted to IHC in a petition seeking the deportation of the American citizen. 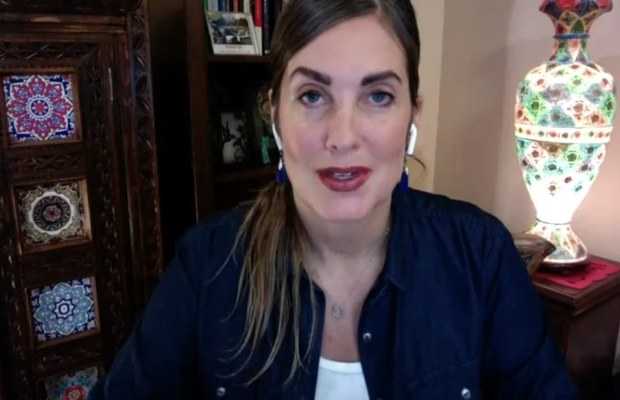 Interior ministry has extended US blogger Cynthia Ritchie’s visa till August 31 due to pandemic.

On Friday, The Interior Ministry has informed the Islamabad High Court that American blogger Cynthia Ritchie is not involved in any anti-state or illegal activity.

The IHC was informed by the interior ministry that the American has already filed an application seeking an extension in her visa and the decision regarding the matter will be taken after August 31.

The court has directed the ministry to share the report with the petitioner.

After the hearing, PPP lawyer Latif Khosa while talking to the media said that the interior ministry had replied that Cynthia Richie’s visa had been extended till August 31 due to the pandemic.

“Cynthia’s visa expired on March 2 after which she received an eight-day extension. She applied for an extension on June 2”, he added.

“Cynthia’s activities in business visas are everything except business,” Khosa said.

“She goes to Miramshah and says that she is investigating PTM [Pashtun Tahafuz Movement], she says that sensitive agencies that are going with her. Is this part of the business visa requirement?”, he added.

“That is not part of her business visa,” Khosa said. “Cynthia, yesterday opened a bank account in which she has lied about her details”, he said.

Khosa further claimed that Ritchie is bankrupt in the United States and is a fugitive there.

“She is particularly trying to tarnish the PPP”, he added.