Netizens flocked to Twitter, perhaps from some other Internet Service Provider, to report their issues. 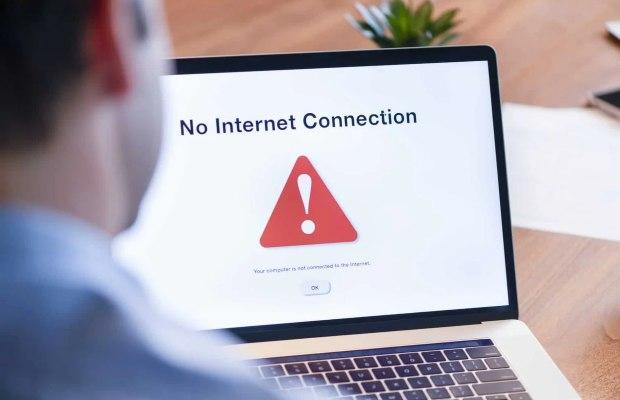 Yes, internet services are reported to be interrupted in parts of Pakistan.

Internet users from various cities on Monday night flocked to social media, perhaps from some other Internet Service Provider, to report their issues.

The disruption was reported at 11 pm Pakistan Standard Time (PST) on Aug 22.

Following the reports of Internet services being down, rumor mills were spotted hyperactive to mislead the general public. As there was no official clarification addressing the disruption in the internet service.

#MartialLaw internet is down seems like this time not shark but boots 👢 are at work every ISP is down jazz,zong telenor #PTCL etc what’s going on naughty boys ? pic.twitter.com/58D01dx1nv

State blocked the #PTCL internet. Where is democracy ? Pakistani democracy is suspended. We are ashamed of dictators ruling Pakistan. They are silencing our voice. Shame!#internetdown #MartialLaw#عمران_خان_ہماری_ریڈ_لائن pic.twitter.com/ryTW6dNeo6

According to the internet outages tracking organization NetBlocks, “A nation-scale internet disruption has been registered in #Pakistan; the incident affects multiple providers including PTCL, Nayatel with real-time network data showing connectivity at 38% of ordinary levels.”

⚠️ Confirmed: A nation-scale internet disruption has been registered in #Pakistan; the incident affects multiple providers including PTCL, Nayatel and StormFiber with real-time network data showing connectivity at 38% of ordinary levels 📉

This was the second time within two days that the internet went down across the country briefly.

The situation also sparked a meme game on the Twitter timeline.

🇺🇲: Oh my internet is not working
🇵🇰: KHAN SAHAB WE ARE COMING#internetdown

Me coming to twitter to check if everyone else's internet is down or is it just me:#internetdown #MartialLaw pic.twitter.com/OvQm9KIQMX

Internet down all over the country.

The Most Cursed Living being in Pakistan right now : #PTCL #internetdown pic.twitter.com/le1rCrl4S0

You should keep in mind the internet users in Pakistan were facing slow speed on April 21.