Even at the time of Zia, Pakistani journalist stood up to his tyranny 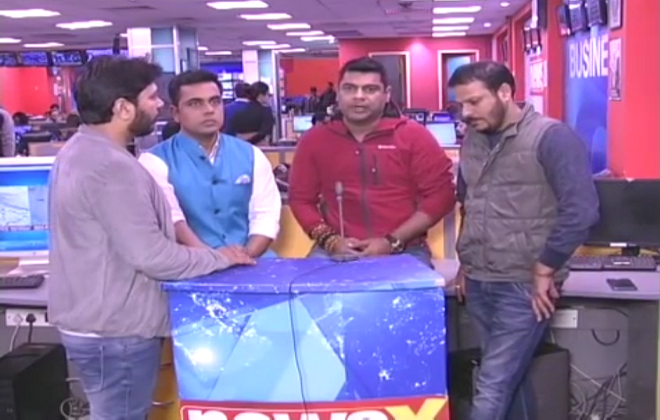 Those on the left of the political spectrum, believe that we are beginning to see the end of capitalism. The best example of it is how social media has ripped apart the concept of a journalist. A journalist’s job is to stay as close to the truth as possible. Even if it doesn’t reflect his or her own wishes. His or her allegiance has to be the news, to inform the masses of the truth and not be the mouth pieces of those in power. In the recent past, after the Pulwama attack, we saw the dismantling of the India media to what renowned Indian journalist Ravi Kumar calls the Godi media. Journalist are now divided into teams, Pro Modi or Pakistan, Congressmen or Bhakt. How can you question the ‘army’ was a legit question everyone asked.Even at the time of Zia, Pakistani journalist stood up to his tyranny. Most Indian journalist have bowed out and cower in fear and admiration of equal measure of the tyrant, Modi.

In the wake Pulwama attack, there was this frenzy to push Pakistan into oblivion was on the minds of Indian media channels. One of the ideas thrown around was banning Pakistan from the World Cup, not playing them in the World Cup and the most ridiculous of them all was banning those players who take part in PSL from IPL. Unlike, Pakistan, in India, a lot of board members are politicians who have to play to the gallery. They would have fed this idea to some journalist. The video you see below seems to be from the same ‘journalist’ of NewX. All the while, they knew that in a world of binding contracts and discriminatory law, this is simply impossible.

In the ICC meeting, BCCI did not raise ‘banning of Pakistan’, neither did Pakistan vehemently agitate as Ehsan Mani promised. The head of ICC, who happens to be an Indian, simply put aside the BCCI letter stating it is not in ICC’s domain. Similarly, the banning of players from IPL was a none-starter because binding contracts are signed between franchises and the players. Unlike PSL, where PCB ensures money payments to players, in IPL franchises sign individual contracts with players.

In PSL, contracts are also signed for a few seasons. Especially the big names, which are part of both leagues are signed for two to three years. The idea was floated for public consumption and discarded.

Even for new signings, players are signed up around November and December. That is way past the Indian election. Its outcome is anyone’s guess. Who know how the result would impact the India Pakistan relations. Yet, to ensure you show them who is the ‘boss’ on TV they little insignificant men, blabber on national Tv with impunity.

This video seems a bit old now. Nonetheless, the hate that is being spewed is still matters. It is similar to that famous video of Ajj Tak Executive Director Sweta Singh came out during the demonetization campaign, in which she spoke about Nano Chips being inserted in new 2000 notes. Or it also reminds of our very own Mr Amir Liaquat Hussain proclaiming on national TV that the abducted bloggers have traveled to New Delhi.

Do these people have any sense of their reputation? While, the lords they serve are in power they are protected but they won’t stay there for long. What then? Amir Liaquat once a prime voice on TV, adored by a certain section of society for his outward display of religiosity, where does he stand now?

Journalism is dying. As an audience if Indians and Pakistanis don’t demand the truth things will only get worse. Journalism and capitalism, rarely work together. This just shows why.