The investigation of the case took a dramatic turn after the shocking audio tape of TikToker Ayesha Akram and Rambo come to light. 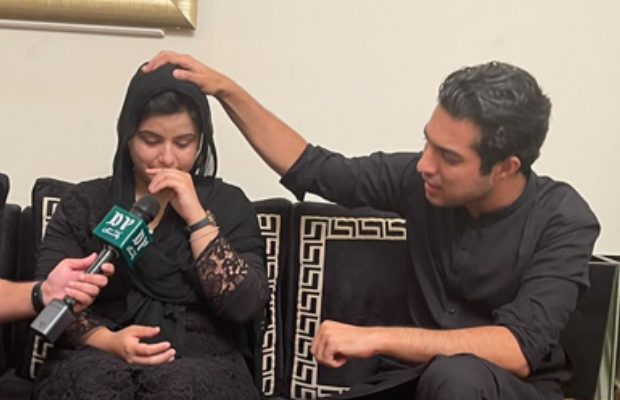 The development comes after an audio conversation of TikToker Ayesha and Rambo surfaced. The famous crime show host took to social media and apologized as he has been defending TikToker Ayesha Ikram.

Iqrar ul Hassan posted a video message on his Instagram handle along with a caption saying:

“I’m sorry … I apologize that I stood with Ayesha Ikram, I called a girl sister and put my hand on her head who started bargaining with those who exposed themselves in public, prostitutes Don’t even I still say that what happened to him was wrong, but he did even more wrong by risking his honor.”

“I swear by the Oneness of Allah, I did not have any stubbornness or ego in this matter. But now she was going to take Rs 5 lakh from the false accused, deal with them and oppress them, knowing that most of the arrested accused are poor people,” he added.

Iqrar ul Hassan stated that he can by no means be a traitor and Pakistanis must also hold his work in thoughts that he has uncovered the actual criminals of Pakistan after placing himself into a hazard for eight years.

He further said, “If you think that Allah has ever taken a good deed from me, then forgive me for the charity of that deed. I made a big mistake in distinguishing between the oppressor and the oppressed.”

Iqrar has been voicing support for the alleged victim of the Minar e Pakistan Harassment case. And he also drew massive criticism for interviewing the TikTokerAyesha Akram following the incident video that went viral on social media. 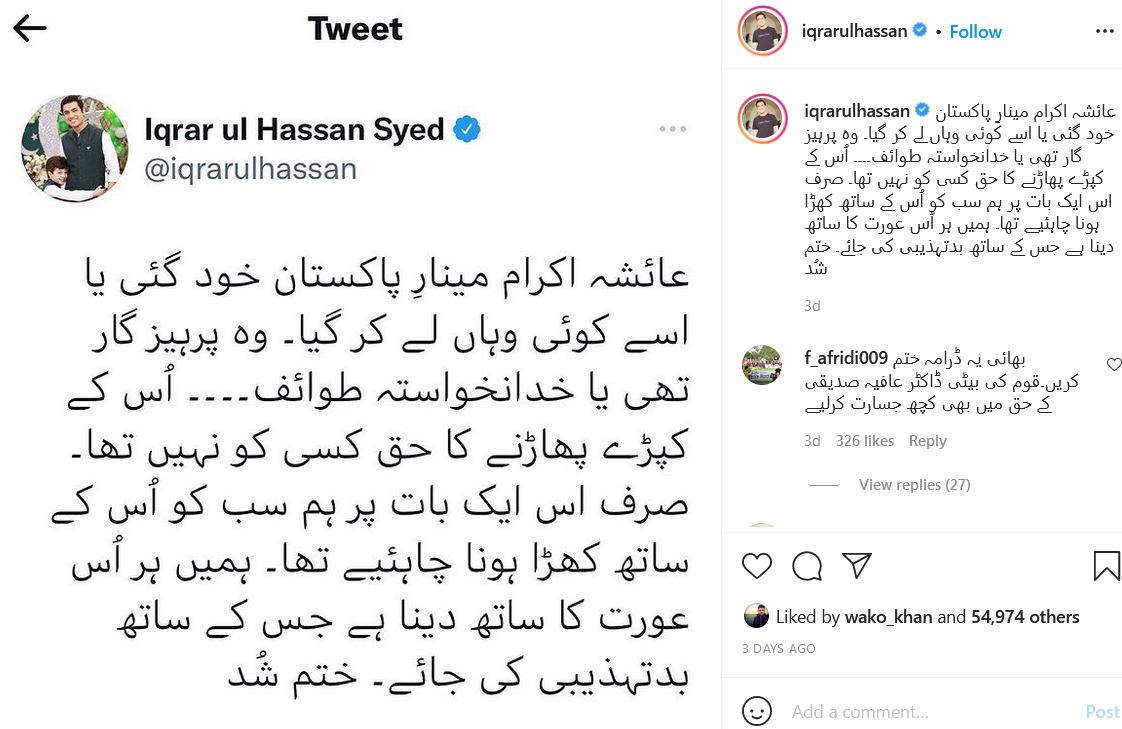 The investigation of the case took a dramatic turn after the shocking audio tape of Ayesha Akram and Rambo come to light.

As being reported, the accused Rambo has confirmed the phone conversation.

According to the news source, a 25-second audio recording of a conversation between  Ayesha Akram and her accomplice Rambo revealed, in which Rambo asked Ayesha if the culprits were 6 or 7? To which Ayesha replied that there are 6 culprits. And Rambo can be heard saying how much money should be taken per accused, they are too poor. Ayesha said that they only have to pay Rs. 5 lakh each.