Iqrar ul Hassan is headed to the city of Halep, Syria, to help the children of Syria

We wish Iqrar all the very best! 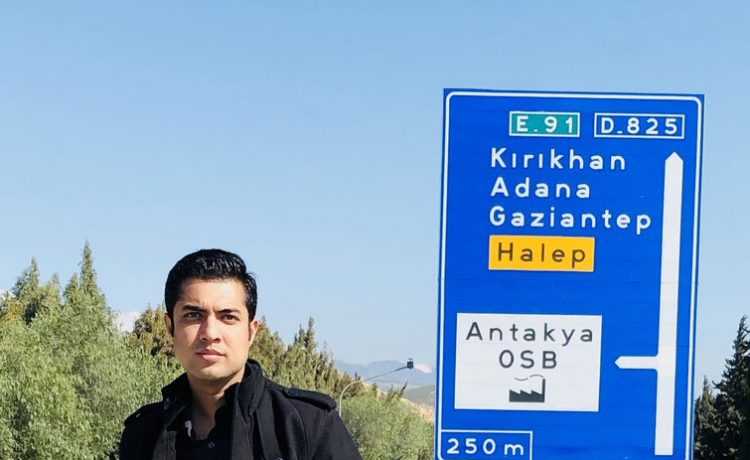 Iqrar ul Hassan, ARY News anchor person famous for his program Sar-e-Aam, has announced via a tweet that he is going to Halep, region of Syria for humanitarian works, he shared his words, ” On my way to Halep (Aleppo حلب) #Syria… although there’s a ceasefire now but Syria’s refugee Children need us.”

On my way to Halep (Aleppo حلب) #Syria… although there’s a ceasefire now but Syria’s refugee Children need us. #SyriaCrisis #ARYNews pic.twitter.com/B72lQLzaKQ

It’s been the most trending trend in last few days that people from different parts of the world including celebrities took to social media to raise voices for ongoing bloodshed and crisis in Syria. Iqrar ul Hassan from this side of world is on his way with aid mission most probably for Syrian refugee children as he has announced in his tweet, we have to wait for further developments and announcements from him.

Celebrities put their voices for the ongoing conflict #SyriaIsBleeding

It was last year in September when news came in that Iqrar ul Hassan has reached Myanmar to help the persecuted Rohingya community and document the genocide committed by the country’s military.

False news of Iqran ul Hassan death also circulated over the social media during his Rohingya community coverage. With Iqrar ul Hassan’s track we’re certain this Halep visit is more than just coverage and there is some serious aid planned war torn Aleppo and its children.

tweet
Share on FacebookShare on TwitterShare on PinterestShare on Reddit
Saman SiddiquiMarch 13, 2018
the authorSaman Siddiqui
Saman Siddiqui, A freelance journalist with a Master’s Degree in Mass Communication and MS in Peace and Conflict Studies. Associated with the media industry since 2006. Experience in various capacities including Program Host, Researcher, News Producer, Documentary Making, Voice Over, Content Writing Copy Editing, and Blogging, and currently associated with OyeYeah since 2018, working as an Editor.
All posts bySaman Siddiqui