The prime minister called for a full and transparent investigation into the cause of the crash for a "complete picture of what happened". 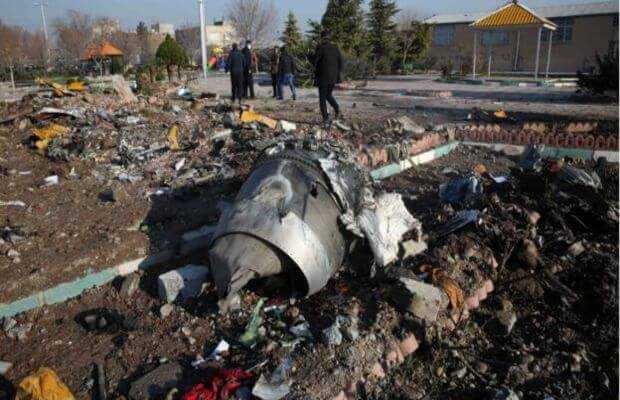 Canadian PM Justin Trudeau and Western leaders say that they have evidence suggesting that an Iranian missile brought down a Ukrainian passenger plane that crashed near Tehran, possibly in error.

They are demanding a full and thorough investigation into the crash, which killed all 176 people on board.

Mr. Trudeau said that Canadian officials had “evidence and intelligence” that “indicates that the plane was shot down by an Iranian surface-to-air missile”, calling for called for a full and transparent investigation into the cause of the crash for a “complete picture of what happened”.

The New York Times claims of obtaining a video of the moment a Ukrainian airliner was hit minutes after takeoff from Tehran.

Ukraine International Airlines flight PS752 crashed shortly after taking off from the Iranian capital Tehran on Wednesday, which resulted in killing all 176 passengers on board including crew members. Of those passengers, 63 were Canadians citizens.

The plane was bound for Kyiv, and many onboard reported to had a connecting flight to Toronto, Canada.

Canadian Prime Minister Justin Trudeau has said that, all told, 138 people on that flight were en route to Canada.