Islamabad’s D-Chowk turned into a battlefield as government employees’ protest turned violent after police fired tear gas shells on the protesters who attempted to move towards the Parliament House located on Constitution Avenue.

The protesters demand the federal and provincial governments increase their salaries and pensions.

Protests were being held at several different points of the federal capital, including Constitution Avenue, outside Secretariat Block, and Cabinet Block.

Police used water cannons and tear gas shells are fired at the protesters while many protesters have been arrested. Police are also being stoned by federal employees.

While the authorities have blocked the main entry point by placing containers and tear gas was used to disperse the protestors.

During the protest, several people were arrested and those who were stuck in the Secretariat Block broke the door to escape. 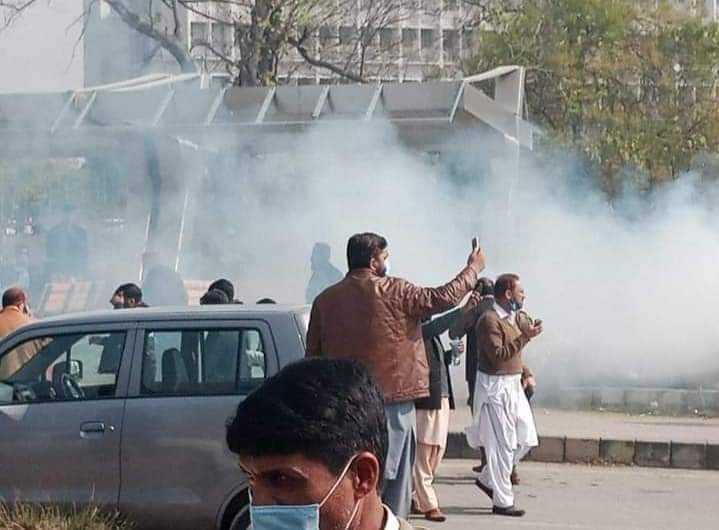 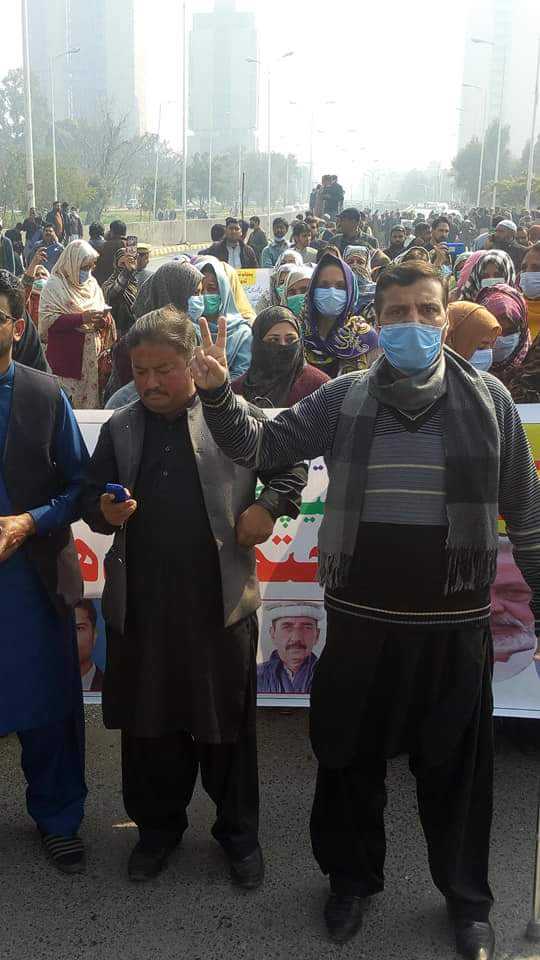 A protest was also held outside the National Press Club.