Israel and Hamas agree to mutual, unconditional ceasefire in Gaza after 11 days of ferocious bombing 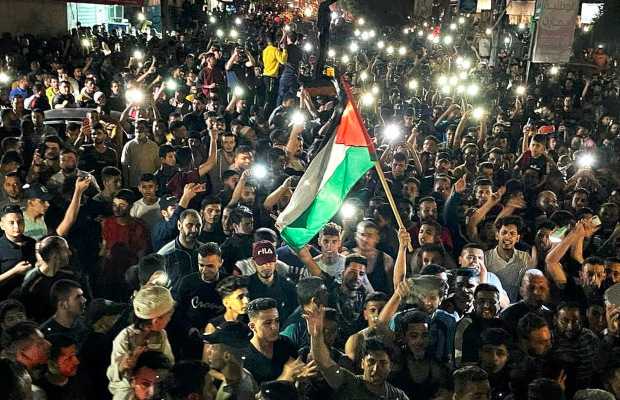 Israel and Hamas agree on the Gaza ceasefire after 11 days of ferocious bombing that has left nearly 250 dead.

Since the fighting began on May 10, health officials in Gaza said 232 Palestinians, including 65 children and 39 women, have been killed and more than 1,900 wounded in aerial bombardments.

Meanwhile, Israel claims to have killed at least 160 combatants in Gaza.

Israeli leaders and Palestinian militants agree to a truce, says POTUS Joe Biden in a series of tweets shared on Friday night.

“Prime Minister Netanyahu informed me that Israel has agreed to a mutual, unconditional ceasefire. The Egyptians have now informed us that Hamas and the other groups in Gaza have also agreed,” POTUS tweeted.

“These hostilities have resulted in the tragic deaths of so many civilians, including children. I send my sincere condolences to all the families, Israeli and Palestinian, of those who lost loved ones and my hope for a full recovery for the wounded, ” Biden added.

“I believe that Palestinians and Israelis equally deserve to live in safety and security and to enjoy equal measures of freedom, prosperity, and democracy. My Administration will continue our quiet and relentless diplomacy toward that end, ” US President said.

The two sides entered a “mutual and simultaneous” truce from 2 am on Friday local time (11 pm GMT), Hamas said after Israel’s security cabinet agreed to put an end to heavy bombardment which has killed more than 230 Palestinians.

Media in Israel quoted one official describing the truce as “quiet in exchange for quiet”.

According to the Israeli public broadcaster Kan, the fighting was to halt immediately, but in the countdown to 2 am Palestinian rocket salvoes continued and Israel carried out at least one airstrike.

Palestinians, many of whom had spent 11 days huddled in fear of Israeli shelling in the Gaza Strip, took to the the streets in celebration as the ceasefire came into effect.