The visit has been arranged by a Pro-Israel organisation Sharaka that works for connecting Israel with Gulf countries. 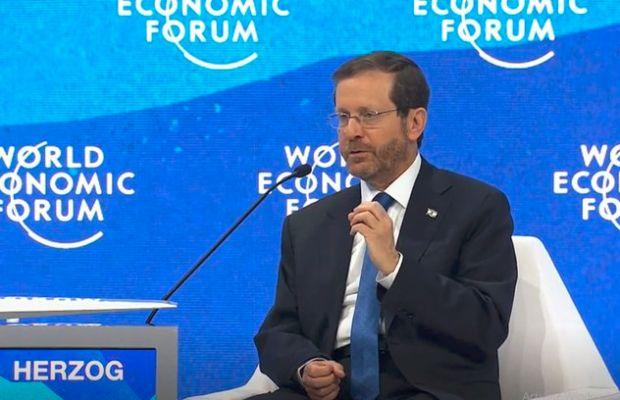 Herzog said that he received a delegation of Pakistani ex-pats who lived in the US “together with other members of other countries in their region”.

“And I must say this was an amazing experience. We haven’t had a group of Pakistani leaders in Israel in such scope. And that all stems from the Abraham Accords, meaning Jews and Muslims can dwell together in the region,” he said.

Herzog did not mention details about the Pakistanis he met.

Herzog made the confirmation during a special address at the annual World Economic Forum (WEF) meeting on May 26 in Davos, Switzerland, as he talked about the Abraham Accords.

Israeli President Isaac Herzog confirms meeting delegation of Pakistani expats, says it was “an amazing experience because we haven’t had a group of Pakistani leaders in Israel ever in such scope” as part of Abraham Accords to normalize Israel’s diplomatic ties with Muslim states pic.twitter.com/BUq6UgJyqf

It is reported that Sharaka — an Israeli non-government organisation (NGO)  had organised a visit of a Pakistan-American delegation to “promote peace in the Middle East”.

watch Sharaka's #Pakistani–#American historic delegation visiting #Israel for the first time in order to promote #peace in the #MiddleEast 🇮🇱https://t.co/tjXdSxDkb9

A report of the Pakistani American delegation visiting Israel emerged on May 11.

The delegation met top Israeli leadership including the Israeli President.

Some ‘famous’ faces from the Pakistani media fraternity are also part of the delegation, while some even work for state media.

Some 'famous' faces from Pakistani media fraternity are also part of the delegation. Some even work for state media. pic.twitter.com/RUVJGX9PgV

The visit has been arranged by a Pro-Israel organisation Sharaka that works for connecting Israel with Gulf countries. pic.twitter.com/Xs9sk4HVEo

Pakistan does not recognize the state of Israel and, therefore no diplomatic relations exist between the two countries.

Following the Abraham accords, Pakistan had made clear that it cannot recognise Israel until a “just settlement of the Palestinian issue” is found.