Details regarding the high-profile political meeting are yet to arrive. 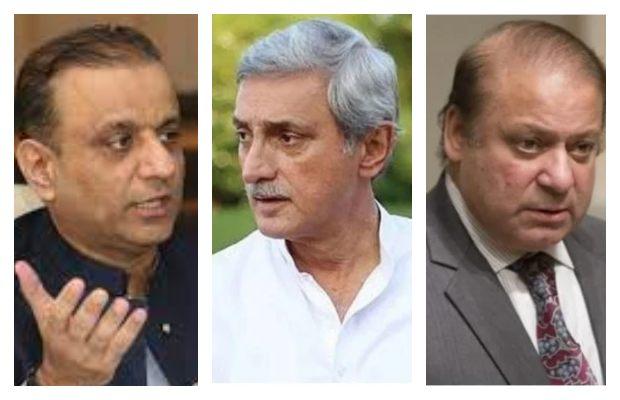 The confirmation of the meeting comes from Asma Nawaz Sharif’s tweet.

Asma Nawaz is the second daughter of Mian Mohammad Nawaz Sharif and sister of Maryam Nawaz.

Details regarding the high-profile political meeting are yet to arrive.

However, according to the news source, former Prime Minister Mian Nawaz Sharif has reached a loose understanding with Jahangir Khan Tareen (JKT) vis-à-vis the proposed no-confidence motion against PM Imran Khan during a courtesy contact that was made earlier.

As being reported, Aleem Khan will discuss the future course of action with Jahangir Tareen for the group as the Opposition has submitted the no-confidence motion.

Sources in the PML-N claim that Aleem Khan had been in contact with the leadership of PML-N.

In the past few weeks, former Punjab minister Aleem Khan become highly active and had been visiting the JKT camp, while the political parties including the opposition are keeping a keen eye on the new development with great interest.

As per the political source, Aleem Khan had a claim over 40 legislators in Punjab and around five in the National Assembly.

However, the PMLN believes he might have the support of more than 25 legislators in Punjab while his claim at the Centre is not much contested.