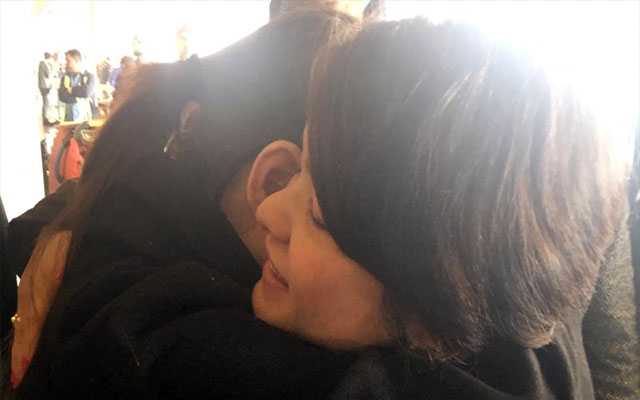 Jalila Haider, who was detained for over 6 hours at the Lahore airport by FIA officials, has been released
1Share
231Views

Human rights attorney and political activist Jalila Haider, who was detained for over 6 hours at the Lahore airport by Federal Investigation Agency (FIA) officials on Monday, has been released.

She was stopped by FIA officials when she was boarding a flight to the United Kingdom, where she had to attend a conference at the University of Sussex.

Airport authorities told her that the move was being taken due to her ‘anti-state activities’. FIA officials seized her passports and travel documents.

As being reported, Haider’s name was placed on the Exit Control List (ECL) last November. No reason has been stated for putting her name on ECL.

“When I reached the immigration counter, I was told that my name is on the ECL,” said Haider while adding that she was kept in “informal custody” at the airport.

“The FIA officers opened a website and told me that I am suspect of being involved in anti-state activities,” she added.

She further  stated that although the officials informed that her name was added to the ECL in November, yet she was never notified.

However, after she was released after recording statement, Haider said that officials denied her being on the ECL and told her that she could take another flight.

“According to them, it was a technical glitch,” she said. Subsequently, she was allowed to leave the airport

Jalila has been in illegal detention for past 5 hours. We were told FIA officials will arrive at 8 30. So far the offices are locked and officers are nowhere in sight. Securiry officials are now threatening us. We wont move unless they release Jalila. #IStandWithJalila pic.twitter.com/M6eyvzieh5

The Human Rights Commission of Pakistan (HRCP) also condemned the detention of Haider and termed it an “ill-conceived action” that continued the tradition of targeting human rights defenders and journalists.

We condemn this ill-conceived action because it simply continues the pattern of arbitrarily targeting the freedom of movement of human rights defenders and journalists without cause. #JalilaHaider

Haider belongs to Balochistan representing minority Hazara community. She is an advocate and the founder of We The Humans — a non-profit organisation which works to lift local communities by strengthening opportunities for vulnerable women and children.

Currently, she is providing free legal services to women in poverty. In October last year, Haider was named among the 100 most influential women of 2019 by the British Broadcasting Corporation (BBC).