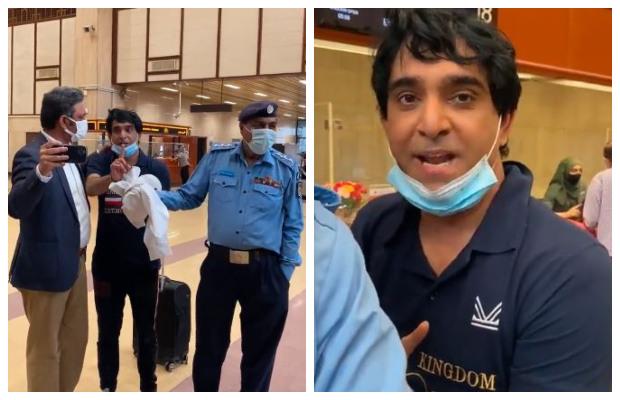 The development comes on Tuesday after the district and sessions judge granted the Islamabad police a two-day remand of Jameel Farooqui.

YouTuber and anchorperson was arrested from Karachi a day earlier.

He was brought to the federal capital after a Karachi court granted Islamabad police a three-day transit remand of the Bol News anchor turned YouTuber.

Video clips are circulating on social media showing Jameel Farooqui being transported to Islamabad. The controversial journalist can be heard making claims of police torture.

He claims the reason for his arrest is that he supports Imran Khan.

In a statement issued Monday, the Islamabad police stated that Farooqui levelled accusations in his v-log that the police had physically and sexually assaulted Gill.

The police had indicated action against those making inflammatory, fabricated, and false allegations, the statement added.