The first crewed New Shepard launch carried Jeff Bezos, his brother, and the oldest and youngest people to ever go to space 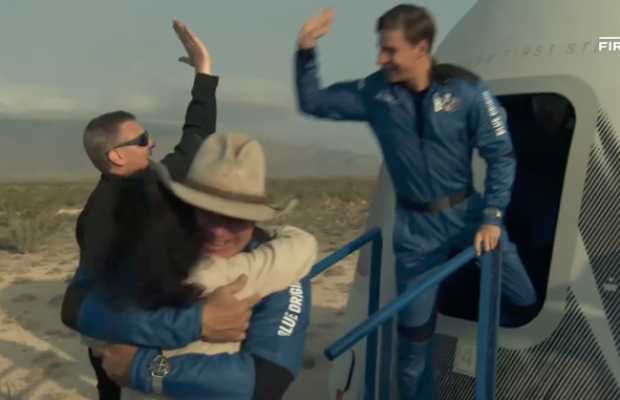 Jeff Bezos, the world’s richest person along with the three crewmates blasted off from the West Texas desert on Tuesday aboard his company Blue Origin’s New Shepard launch vehicle for a suborbital flight and successfully reached the lower regions of space.

The crew capsule carrying Jeff Bezos has successfully landed after travelling into space.

In this voyage Bezos was accompanied by his brother, Mark Bezos; Wally Funk, an 82-year-old who previously took part in NASA’s Mercury program, but was unable to get into space herself; and an 18-year-old Dutch student Oliver Daemen. 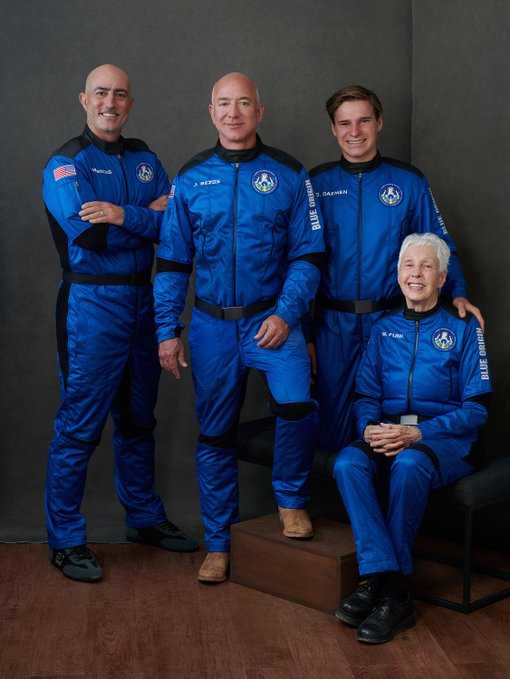 “They are in for the flight of a lifetime,” launch presenter Ariane Cornell of Blue Origin said on a live webcast.

Bezos has made $75 billion in 2020 and says he spends $1 billion/year on Blue Origin spacecraft. Jeff Bezos plans to charge the elite about $300,000/seat for space tourism flights.

Congratulations to all of Team Blue past and present on reaching this historic moment in spaceflight history. This first astronaut crew wrote themselves into the history books of space, opening the door through which many after will pass. #GradatimFerociter #NSFirstHumanFlight