Should Jemima be sharing things related to her ex-husband who happens to be a sitting Prime Minister? 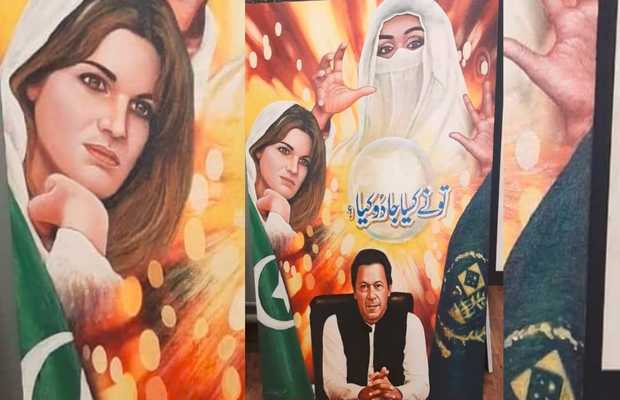 The poster which was apparently shared with Jemima by her friend ended up to be a laughing stock on social media - OyeYeah News
2Shares
1.06KViews

The poster which was apparently shared with Jemima by her friend ended up to be a laughing stock on social media, leading PM Imran Khan’s ex-wife #Jemima to be trending on top of Pakistani Twitter trend.

Jemima took to Twitter, sharing the poster, saying: Who doesn’t love a Lollywood poster? Spotted today by a friend in Lahore… Caption: “what kind of black magic did you do?”

Though the poster seems to have old-style Lollywood appeal, however, the joke shared via this medium has ignited all sorts of criticisms.

To which Jemima had to rectify in a later tweet, “Ps. No disrespect intended. Like most of you, I just found it funny. (Plus I’m a genuine fan of Pakistani film posters, street art & truck art.)”.
https://twitter.com/Jemima_Khan/status/1229524172088451

After going through all the reactions and the original tweet as well, what comes to our mind is should Jemima be sharing things related to her ex-husband who happens to be a sitting Prime Minister?

The only way opponents of PMIK can argue is to abuse personally and involve family.

this poster was shared just for fun and even it was created by someone opponent of PMIK.

Jemima as per usual seems to be poking fun at herself,& the decades old association, fondness and yes absolute love and respect for IK. Knowing her sense of humour, it seems to be more of a take on the magical effect HE seems to have with women falling for him. Nothing sinister

Most of us know you donot intended disrespect but artist does. IK 's personal life is on hit since he entered politics. You were victim of this. For IK's sake spare this humour cz he is already fighting enough fights on many fronts. Do not cause him discomfort. Regards n love.

After Jemima bibi tweeted this I believe Insafians now can’t ask opponents to not drag Bushra bibi into politics whatsoever or call her sorceress or blah blah
Either condemn Jemima bibi for posting it or hold your peace forever :1 pic.twitter.com/LCGirbjSM1