If found guilty, Hajjaj can face up to five years in jail. 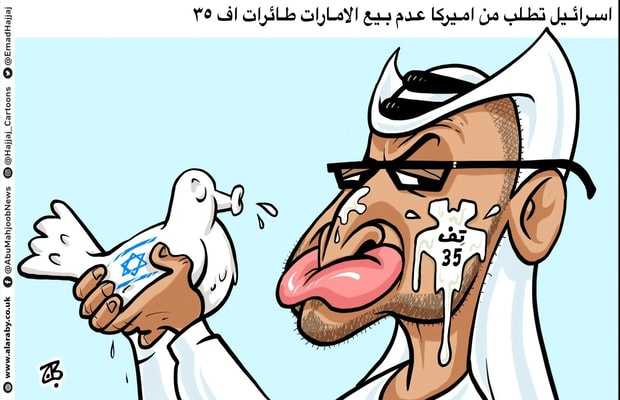 The 52-year-old Hajjaj, a popular cartoonist in Jordan and in the Arab region,  published a drawing on his Facebook page on Wednesday, and hours later he was arrested by the authorities and was taken into custody for questioning. 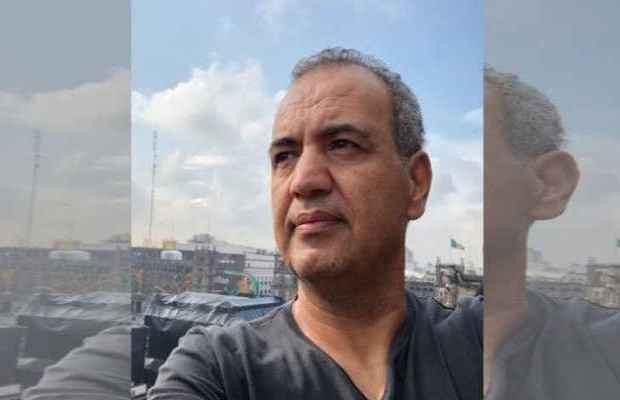 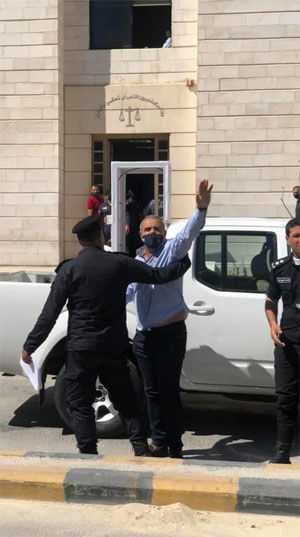 The cartoon posted on his Facebook was titled “Israel asks America not to sell F-35 planes to the Emirates”.

The drawing shows Abu Dhabi Crown Prince Mohamed bin Zayed Al-Nahyan holding a dove with the Israeli flag painted on it, spitting on the face of the top UAE official who is also known as MBZ.

With “Spit-35” written in Arabic covering the UAE leader’s cheek.

He has been charged with seeking to undermine Jordan’s relations with a “friendly country” after publishing a drawing criticising the Israel-UAE peace deal. And if found guilty, Hajjaj can face up to five years in jail.

According to AFP, the Amman general prosecutor referred Hajjaj to the state security court, a military tribunal, over a cartoon deemed “offensive for the United Arab Emirates”.

“The prosecutor charged Hajjaj of carrying out acts and publishing material aimed at undermining relations with a friendly country and referred him to the state security court,” the source said.