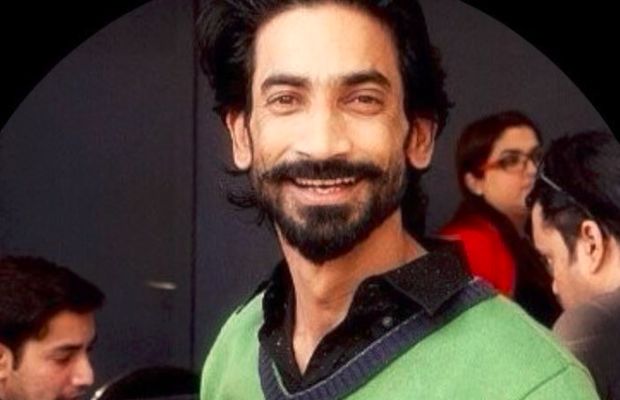 Journalist and social media activist Arsalan Khan was abducted from home in Karachi in the wee hours of Friday.


As reported, he has been forcibly abducted from his home in Karachi at around 4 AM.

The journalist community and family shared their concerns following the abduction incident on social media.

Its been more than 8 hours since my elder brother Arsalan Khan (@AK_Forty7) was taken by rangers from his house, he is still untraceable. U all requested to raise voice as much as possible and pray for his safe return. #ارسلان_خان_کو_رہا_کرو

In a video statement, Arsalan Khan’s wife said, “Rangers personnel carrying AK-47s entered our home at 4:30 am in the morning and took away Arsalan Khan.”

Amnesty International in a statement said that “it is deeply concerned about the abduction of journalist Arsalan Khan from his home in Karachi today at 4:00 am. Pakistan must end this abhorrent practice of punishing dissent by wrenching people away from their loved ones.”

“The newly-appointed Inter-Ministerial Committee on Missing Persons must take note of the jarring disconnect between what they are saying and what is actually happening on the ground,” it added.

Citizens and journalists demand the immediate release of Arsalan Khan.

Twitter timeline is laden with support and concern messages:

Arbitrary arrests are illegal, unconstitutional and undemocratic. Rangers have no right to raid at people's houses at night without warrants. Arsalan Khan should be immediately released. #ارسلان_خان_کو_رہا_کرو

We condemn in the strongest possible terms the illegal abduction of journalist, activist, and volunteer for KBT, Arsalan Khan and demand his immediate release#ارسلان_خان_کو_رہا_کرو https://t.co/kLZJMVOw25

I strongly condemn the abduction of social activist, social worker and journalist Arsalan Khan from his home by the LEA. I urge the judiciary and journalist brothers to raise their voices for @AK_Forty7 @Xadeejournalist @shazbkhanzdaGEO @HamidMirPAK
#ارسلان_خان_کو_رہا_کرو pic.twitter.com/rwOwp1mkvk

#ارسلان_خان_کو_رہا_کرو
Release Arsalan khan now. He is Karachi’s son and very responsible citizen. Law enforcement agencies should not hold him in their custody without any reasons. His only son is he is an educated Mohajir and citizen of Karachi, who speaks for his ppl & city pic.twitter.com/tcFHtyEDh8

Disgusting act done by rangers. Stop it! Why you people want to suppress the voices of people? Release Arsalan Khan! #ارسلان_خان_کو_رہا_کرو pic.twitter.com/B1h2pk0lRf