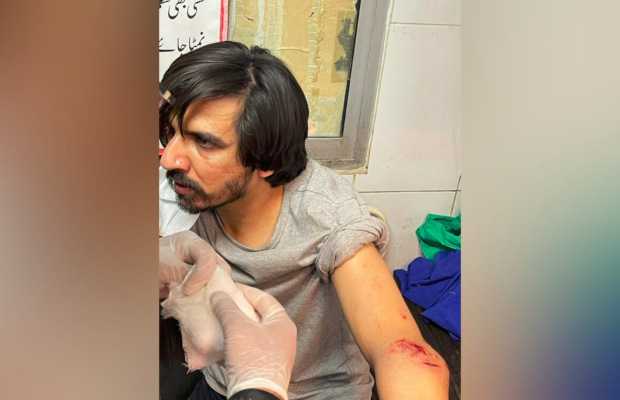 As being reported, unidentified assailants broke into the house of journalist Asad Ali Toor on Tuesday night and attacked him.

The journalist-blogger has shared his statement in a video being shared on social media. According to Asad Ali Toor, three unidentified men broke into his apartment and tortured him.

Asad Toor telling what happened with him while he was attacked by unknown people at his apartment @AsadAToor pic.twitter.com/5oawGU5qdU

The three assailants can be seen leaving Toor’s apartment in the CCTV footage.

Culprits coming out of @AsadAToor home after beating him brutally pic.twitter.com/4xyIDjkg0J

Federal Minister for Information and Broadcasting Fawad Chaudhry and Minister for Human Rights Shireen Mazari on Wednesday condemned the attack on the journalist.

Ministry of Information and Broadcasting in a tweet shared that SSP Islamabad has been directed to probe the attack and bring the perpetrators to justice.

Federal Minister for I&B @fawadchaudhry condemns the assault on journalist @AsadAToor. SSP Islamabad has been directed to probe the attack and bring the perpetrators to justice.

“Condemn attack on journalist Asad Toor. Perpetrators are on the CCTV cameras and Info Min
@fawadchaudhry has already been in touch with the police to take necessary action,” Federal Minister for Human Rights Shireen Mazari tweeted.
The journalist community and politicians have condemned the attack and expressed solidarity with Toor.

This is extremely disturbing and highly condemnable. All journalists and freedom of expression defenders should condemn it. https://t.co/JtbMmV9LYX

His home violated. Gagged and tied up. Beaten. Asked about his ‘source of funds’. The violence is a message. Knowing Asad, he will hold his head up higher after this. https://t.co/3wad5BTI57

tweet
Share on FacebookShare on TwitterShare on PinterestShare on Reddit
Saman SiddiquiMay 26, 2021
the authorSaman Siddiqui
Saman Siddiqui, A freelance journalist with a Master’s Degree in Mass Communication and MS in Peace and Conflict Studies. Associated with the media industry since 2006. Experience in various capacities including Program Host, Researcher, News Producer, Documentary Making, Voice Over, Content Writing Copy Editing, and Blogging, and currently associated with OyeYeah since 2018, working as an Editor.
All posts bySaman Siddiqui 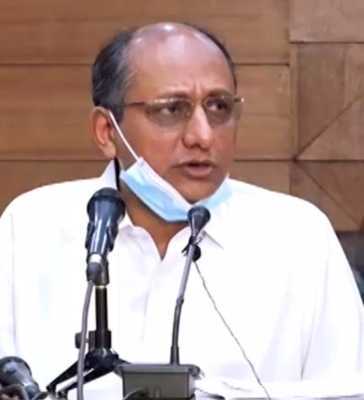