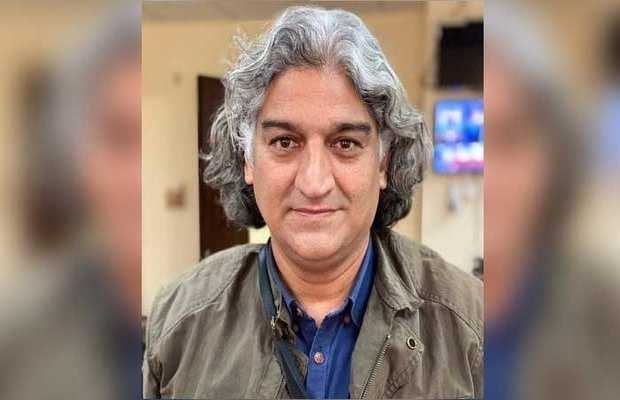 Journalist Matiullah Jan has been abducted from Islamabad on Tuesday, confirms his family.

He was due to appear in Supreme Court this week after the apex court took suo motu notice of an alleged disrespectful tweet by him.

A tweet was shared on Matiullah Jan’s account at 3:17 PM,  as appears to be posted by his son reads, “Matiullahjan, my father, has been abducted from the heart of the capital [Islamabad]. I demand he be foundُ and the agencies behind it immediately be held responsible. God keep him safe.”

Matiullahjan, my father, has been abducted from the heart of the capital Islamad. I demand he be foundُ and the agencies behind it immediately be held responsible. God keep him safe.

A CCTV footage clip doing rounds on social media indicates the abduction of the senior journalist who is being forced into a car by several unidentified men.

Exclusive CCTV footage of how senior journalist @Matiullahjan919 was abducted with impunity from G 6, heart of #Islamabad in broad day light.#BringBackMatiullah #Pakistan pic.twitter.com/UGFRDL0IKB

Jan’s wife while talking to The Independent said that his car had been located outside the school she worked at in Islamabad’s G-6 area. According to her, the car keys were still inside, indicating that he had been taken against his will.

“I have been told that some people forcibly took away my husband,” she added.

The incident has drawn the attention of Pakistani journalists and civil society, while hashtag #BringBackMatiullah trends top on social media.

Many have shared their concern over Matiullah Jan’s abduction demanding a probe into the incident.

Press freedom is already under attack in Pakistan. UN human rights council,Amnesty international,CPJ, IPI and many other orgs have already raised their concern abt it and now a prominent journalist @Matiullahjan919 is abducted in broad daylight frm Islamabad.#BringBackMatiullah pic.twitter.com/IgpF4flOfM

Three cars , one Vigo and one ambulance appearently while men in uniform picking up @Matiullahjan919 #BringBackMatiullah pic.twitter.com/RXVQUCZppV

As working journalists in this country it's no longer possible to work without fear.Prominent journalist .@Matiullahjan919 has been abducted & made to disappear in Islbd.We will protest at every forum.He must be immediately released. .@shiblifaraz jawab do #BringBackMatiullah https://t.co/QWxanx8gla

This is an extremely disturbing development,& highly condemnable. All those who r part of ‘Editors for Safety’ forum r requested to play a proactive role. Airing & publishing the news is one way of saving him from possible torture. Just remember:attack on one is attack on all’. https://t.co/m5U7NnIVRx

A journalist @Matiullahjan919 abducted from capital Islamabad in daylight by people in uniform he threw his mobile phone inside a school building but an armed person in uniform got back the phone and then they left this video is showing that how state is spreading lawlessness pic.twitter.com/FvA2mdGCYc

The incident of forced disappearance of senior journalist @Matiullahjan919 is the most unfortunate.
PM @ImranKhanPTI must ensure freedom of press without fear and pressure.#Pakistan #matiullahjan

Kidnapping in a broad day light. Are we living in a Banana republic#BringBackMatiullah #ReleaseMatiUllahJanhttps://t.co/PLHm1ZVKbR

tweet
Share on FacebookShare on TwitterShare on PinterestShare on Reddit
Saman SiddiquiJuly 21, 2020
the authorSaman Siddiqui
Saman Siddiqui, A freelance journalist with a Master’s Degree in Mass Communication and MS in Peace and Conflict Studies. Associated with the media industry since 2006. Experience in various capacities including Program Host, Researcher, News Producer, Documentary Making, Voice Over, Content Writing Copy Editing, and Blogging, and currently associated with OyeYeah since 2018, working as an Editor.
All posts bySaman Siddiqui