Matiullah said that he was blindfolded and taken to an unknown location by his abductors. 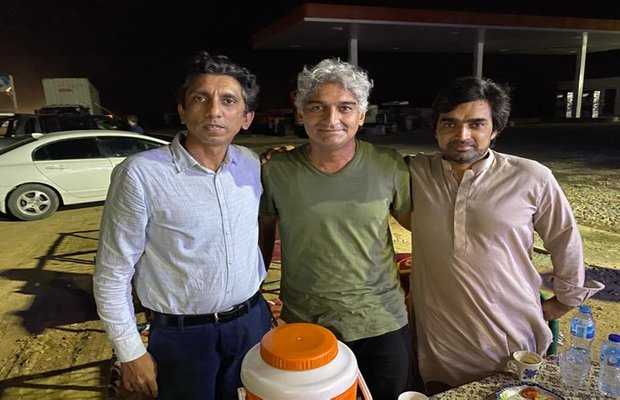 Senior journalist Matiullah Jan has returned home on late Tuesday night after being abducted in Islamabad earlier in the day.

As being reported, the unidentified kidnappers released senior journalist Matiullah Jan after around 12 hours and left him at a location near Fateh Pur city in the Layyah district of Punjab.

Matiullah Jan has reportedly left for home with his brother Shahid Akbar.

As being reported, a first information report (FIR) of the senior journalist’s alleged abduction had been lodged at Aabpara Police Station by his brother.

While speaking to a news outlet about his abduction, Matiullah said that he was blindfolded and taken to an unknown location by his abductors.

According to him, he was later released in Fateh Jang after being driven around the city.

Glad to receive my friend @Matiullahjan919 – welcome. He has been released after 12 hours abduction. pic.twitter.com/nIIjwoIDZq

Delighted to hear this good news … welcome back https://t.co/CyhLprY9xS

Glad to see @Matiullahjan919 free. Such actions are in violation of our Constitution & our int obligations under HR conventions Pak ratified. Citizens cannot live in a constant state of fear and due legal process is the right of all citizens in any democracy.

Congratulations to Matiullah’s family. Weldone those who spoke out. Shame on those who ducked the issue, downplayed it or remained criminally silent.

tweet
Share on FacebookShare on TwitterShare on PinterestShare on Reddit
Saman SiddiquiJuly 22, 2020
the authorSaman Siddiqui
Saman Siddiqui, A freelance journalist with a Master’s Degree in Mass Communication and MS in Peace and Conflict Studies. Associated with the media industry since 2006. Experience in various capacities including Program Host, Researcher, News Producer, Documentary Making, Voice Over, Content Writing Copy Editing, and Blogging, and currently associated with OyeYeah since 2018, working as an Editor.
All posts bySaman Siddiqui