Talat Aslam had been associated with several leading newspapers and magazines as an editor in his long journalistic career. 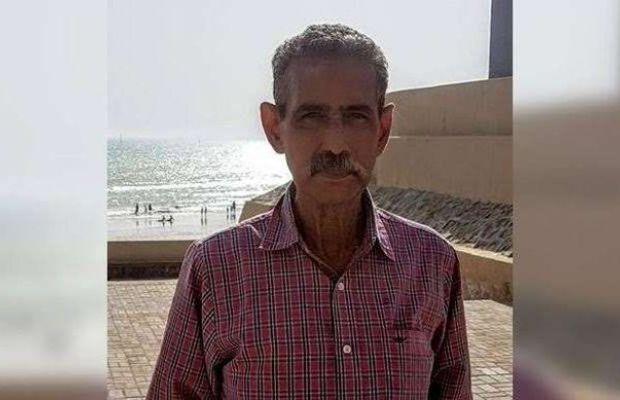 Talat Aslam’s Namaz-e-janaza was offered in Karachi after Asar’s prayer and was laid to rest at DHA Phase 8 graveyard.

He had been associated with several leading newspapers and magazines as an editor in his long journalistic career.

Veteran journalist, a political commentator, and senior editor of English daily The News International, also had a sizable presence online.

Talat Aslam’s followers regarded him as a sane voice on social media who often with his witty takes would cut to the heart of the matter.

The news of his sudden demise left an outpouring of grief from fellow journalists, politicians, and rights activists.

The Human Rights Commission of Pakistan (HRCP) extending condolences said that it was “deeply saddened” to hear of Aslam’s death and that he would be remembered for his “wit and warmth, and for mentoring scores of young journalists”.

HRCP is deeply saddened to hear that senior journalist Talat Aslam @titojourno has passed away. He will be remembered for his wit and warmth, and for mentoring scores of young journalists. Our deepest condolences to his family, friends and @thenews_intl colleagues.

Devastated by the news this morning. @titojourno was my closest friend, mentor and sounding board for the past 30 years. After my father, I learnt most about journalism from him. I took this pic of Tito in Thatta, some time in the mid-1990s. Fare you well, my friend. pic.twitter.com/YP4BhPL9iK

Can't express the depth of sadness on the passing of Talat Aslam. He was amongst the funniest and most gentle of my friends. Still remember the day we first met almost 25 years ago in the newsroom of daily Dawn. Rest in peace @titojourno . https://t.co/GMmKvy1HkB

No…No way. I’m truly saddened to hear about his sad demise. Absolutely life is so unpredictable. He was a gem & genuine journalist. Last week it was his birthday, congratulated him and now typing condolence message for him😭
May Allah bless his soul and RIP. Aameen Summa Aameen

Goodbye my comrade!
You brought intellect, integrity, courage, solidarity, wit, smiles and laughter in our lives. You shall be missed.#TalatAslam pic.twitter.com/JDOAYvfPHw

Devastated to hear that dear soul Talat Aslam, journalist & editor has passed away. I took this picture at Imran Aslam’s birthday a few months ago of all the brothers. My deepest condolences to the family & Imran Aslam #RIP #Restinpeace @titojourno pic.twitter.com/KFynvW2Prk

This is such a shock and so unfair. Someone I looked up to as an editor, and checked in daily for his intelligent analysis, gift of repartee and humorous outlook on Twitter. #TalatAslam May he #RIP. @titojourno https://t.co/bqcVYA8y8V