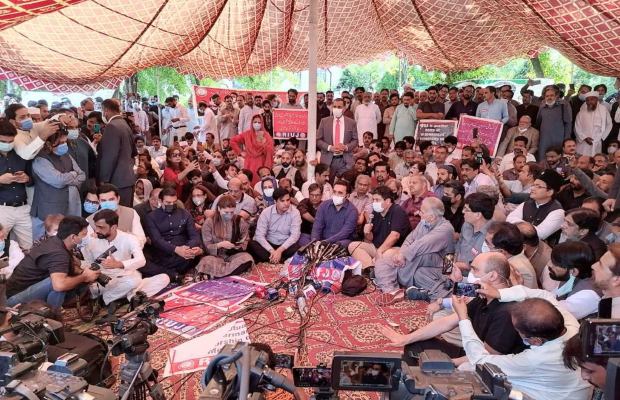 Journalists and media bodies have rejected the government’s proposed Pakistan Media Development Authority (PMDA) terming it as an outrageous move by the government to put more curbs on the media. 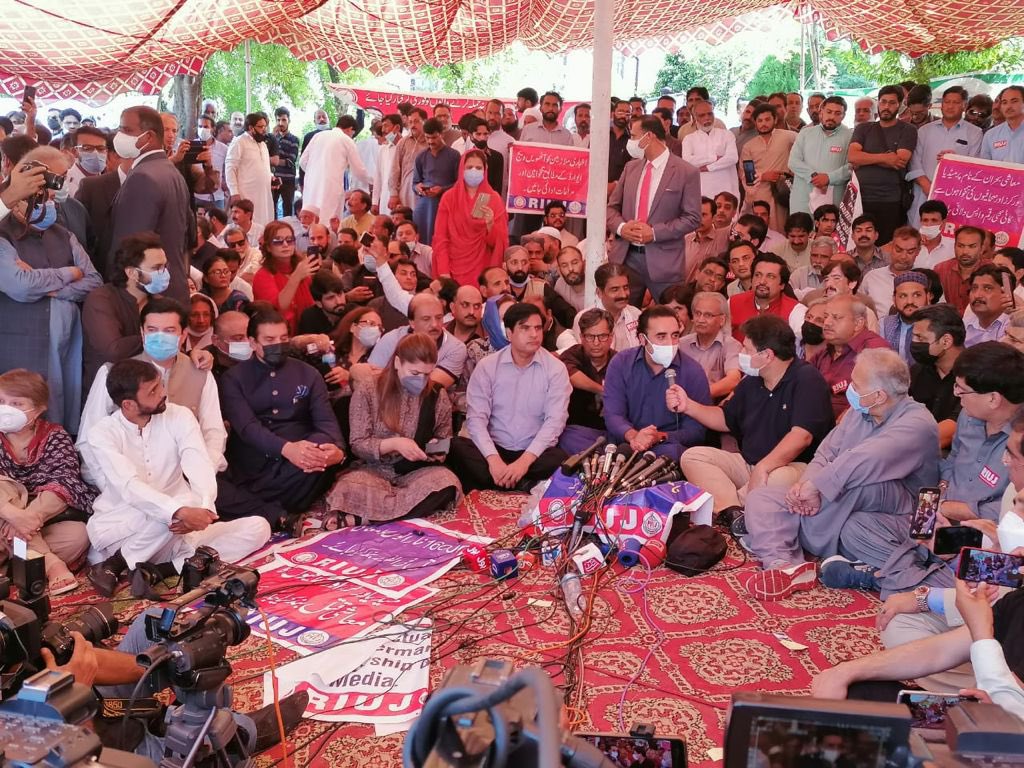 Some prominent TV anchors hold talk shows from the site of the sit-in joined in with opposition party leaders, including Bilawal Bhutto and Shahbaz Sharif.

At dharna in front of parliament . Thank you @BBhuttoZardari for showing the solidarity pic.twitter.com/EoQ23DOu7F

Earlier,  the opposition members staged a protest during the joint sitting of Parliament and chanted slogans for freedom of media.

The opposition had boycotted the session in protest over the electronic voting machine and Pakistan Media Development Authority.

On Saturday, the Parliamentary Reporters Association had announced to boycott Dr. Alvi’s presidential address in Parliament to protest the government’s attempt to impose the PMD.

A joint committee of the media organizations in the country had already unanimously rejected the government’s attempt to establish the PMDA.

The government intends to regulate films, electronic, print, and digital media, including Web TV and news websites, through the proposed law seeking to set up the PMDA, while repealing all the current media-related laws.