In a media talk in Lahore, Maulana Fazlur Rehman said that JUI-F party will also hold the same sort of public rally in Islamabad next month. 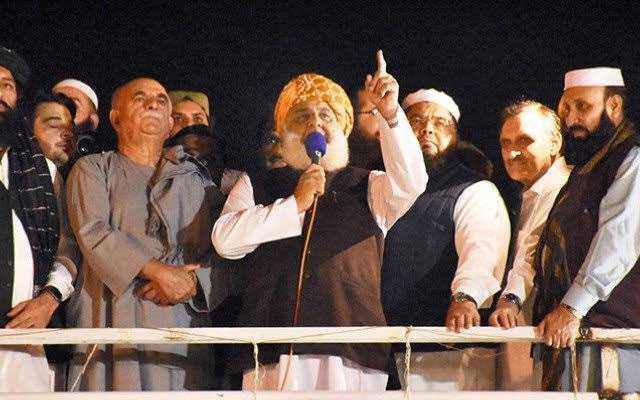 Jamiat Ulema-e-Islam chief Maulana Fazlur Rehman on Sunday announced that his party will hold a public rally against the incumbent government in Karachi on February 23.

In a media talk in Lahore, Maulana Fazlur Rehman said that JUI-F party will also hold the same sort of public rally in Islamabad next month.

The JUI’F chief said that this time he hasn’t invited the opposition to participate in the JUI-F’s public rallies because the opposition parties are divided.

“The opposition is divided,” he said, adding that the divide benefits the government.

Maulana further said that JUI-F hasn’t closed its door for the PML-N and the PPP yet and he will respond to their leaders if they contact him.