Tayyaba Gul tells PAC that on the orders of DG NAB Saleem Shehzad she was stripped naked while checking and her videos were shown to her husband. 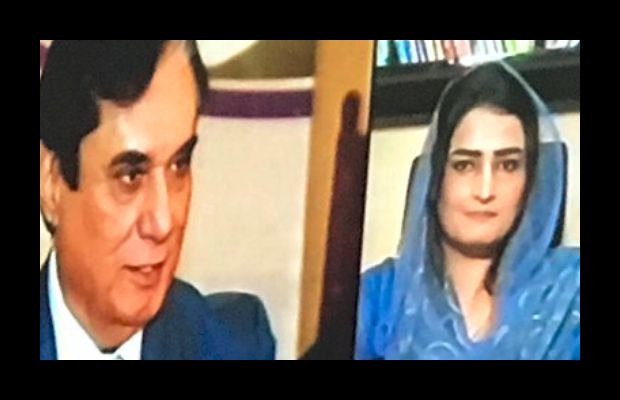 Tayyaba Gul has submitted videos and audios as evidence to Public Accounts Committee!

Tayyaba said she was stripped naked during the interrogation.

Tayyaba Gul told PAC that a false reference was made against her, and she was not even heard, adding “I met Justice (R) Javed Iqbal in the Missing Persons Commission.”

She went on to add that in January 2019, the NAB arrested her from her house at night in Lahore.

“My number was listed at the request of the missing person. He kept calling me from time to time. I made the video of Javed Iqbal’s conversation because he was a very powerful official. I wanted the truth about this person to come out in front of everyone.” she told before the PAC.

In several TV interviews, Tayyaba Gul said she has had FIRs registered against her, threatened by the police, and had her videos leaked without consent.

“My video’s beneficiary is the former PTI regime by compromising Chairman NAB. PTI tried its best to torcher me with zero involvement of media. I realized it when without my consent a private channel (TV One) released my personal videos,” Tayyaba Gul added.

The clips of her appearance on a news talk show are now doing rounds on social media!

Tayyaba Gul was stripped naked by the NAB officials to blackmail her and her video was made, NAB Chairman sexually exploited her as he targeted opposition parties to please imran khan. @KavehMoussavi was right to call NAB a criminal organisation pic.twitter.com/CCxhHVWwFH

Pakistan is Waiting CJP
to take suo moto notice of Tayyaba Gul's case.
It is a more damning indictment of the system. If he fails it signifies the state itself has gone Beresk.
There is nothing more serious than this case .#ArrestJavedIqbal #ArrestJavedIqbal pic.twitter.com/VcbzRU9pWA

The Public Accounts Committee (PAC) said on Thursday that it had sent a recommendation to Prime Minister Shehbaz Sharif for the removal of former justice (retired) Javed Iqbal as the chairman of the Commission of Inquiry on Enforced Disappearances.

Justice Javed Iqbal relinquished the charge as National Account­­ability Bureau chairman on June 3, after the expiry of a recently promulgated ordinance that had allowed him to stay in office until the appointment of a new chief.

The previous government had promulgated the ordinance to extend the NAB chief’s tenure for an indefinite period.