The protest has now moved on social media. 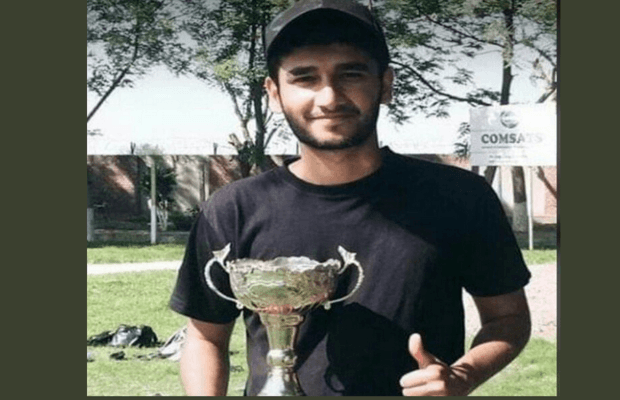 Students are protesting and demanding justice for Inam, a 22-year-old student of Islamabad’s Comsats University who died of cardiac arrest on Friday, at the university’s premises.

According to the protesting students, Inam got a heart attack and his fellow students asked the university administration to call an ambulance or arrange a vehicle so the student could be rushed to a hospital. However, he passed away after lying on the floor for about half an hour in a helpless condition.

The protesting students alleged the university administration responsible for Inam’s death. According to the statement issued by a body of the university’s student, “Unfortunately a student of BBA 2nd semester at CU, Islamabad who got low blood pressure and cardiac arrest has died due to unavailability of an ambulance on time, moreover, a private car was not allowed to enter in the university”.

“So-called policies by the management took an innocent life today,” it further added, demanding complete investigation and punishment for all those responsible.

However, through a press release, the university has rejected the allegations of delay, stating that the student had been provided emergency treatment at the university’s medical centre.

“The student suffered from a massive cardiac arrest and was immediately rushed to the medical centre where he was administered emergency treatment by trained medical professionals,” reads the press release.

“After administering emergency treatment, the student was rushed to the National Institute of Health Medical Complex, Islamabad, for further medical treatment. However, the hospital authorities declared the student dead on arrival,” it further added.

“The student’s family refused the postmortem of the deceased student and subsequently the body was handed over to the family.”

The protest has now moved on to social media demanding #JusticeforInam.

Unfortunately a Student of BBA at CU Islamabad has died due to ignorance of Management and unavailability of Ambulance, he got an heart attack and no ambulance was available on time.
Moreover no private car was allowed to enter in the University. #JusticeForInam @dcislamabad

Comsats students are now protesting to demand #JusticeForInam, a student killed by a combination of administrative negligence & bizarre restrictions on students' mobility. University administrations need to start being held accountable for their fatal abuse of their students. pic.twitter.com/vIHcCGIyie

We pay them freaking 90,000 per semester and they were not able to provide immediate medical attention to a student having seizures! I am ashamed to call myself a Comsian now! Today it was Inam, tomorrow it could be one of us. Raise your voice against such people!#JusticeforInam pic.twitter.com/v7MlX4MYZm

Student of Comstas Islamabad ( BBA 2nd Sem) died today within the university because of heart attack and university management didn't allow the ambulance to come inside the university and student Inam died.
All the responsibles should be taught a lesson.#JusticeForInam pic.twitter.com/0IEUMgmtFG

My junior from comsats 2nd semester just died because of heart attack in university and while he was having heart attack our university didn’t bring ambulance and not only that they didn’t even allow friend’s car to enter university and take him to Hospital!#JusticeForInam pic.twitter.com/owVG95Ej6Q