The gunmen used grenades and automatic weapons throughout the deadlock 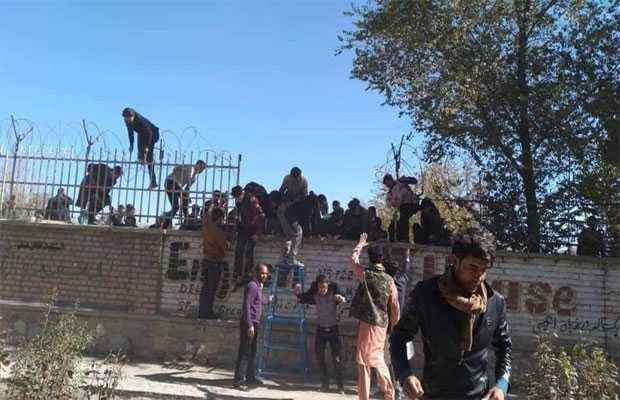 The attack is over, but sadly 19 people have been killed and 22 more wounded, Interior Ministry - OyeYeah News
0Share
42Views

At least 19 people have been killed while 22 other wounded in a planned attack when gunmen stormed Kabul University in Afghanistan’s capital on Monday resulting in hours of fighting with security forces.

According to the spokesman for the Ministry of Higher Education, Hamid Obaidi, the attack began when government officials were arriving for the opening of an Iranian book fair organised on university. Suddenly, gunmen stormed the varsity campus and opened fire on the students attending the book fair.

The gunmen used grenades and automatic weapons throughout the deadlock, which— as witnesses claimed — heard across the city as the assailants were deliberately targeting students.

Witnesses said the attack followed an explosion in the area and students spoke of chaos and confusion.

Fathullah Moradi, a student who is an eye-witness at the scene escaped through the university’s gates with a group of friends, he said: “They were shooting at every student they saw.”

Another, Ahmad Samim, told the media that he saw attackers armed with pistols and Kalashnikov assault rifles were firing at the law and journalism wing of the school.

The law and journalism wing is the country’s oldest school and has nearly 17,000 students.

According to the Interior Ministry spokesperson Tariq Arian “The attack is over, but sadly 19 people have been killed and 22 more wounded”.

“Three attackers were involved. One of them blew up his explosives at the beginning, two were brought down by the security forces,” he said.

Meanwhile, Iranian news agencyISNA reported that the country’s Ambassador Bahador Aminian and cultural attache Mojtaba Noroozi were scheduled to inaugurate the bookfair, which was to host some 40 Iranian publishers.

The cause of the incident is still uncertain while the Taliban group also denied the responsibility of the attack.