Kamran Tessori returns to MQM-P; His return leads to a confrontation in party fold 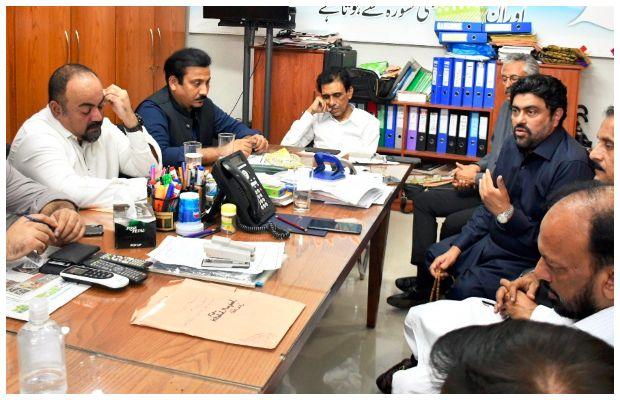 Kamran Tessori has returned to the Muttahida Qaumi Movement-Pakistan (MQM-P), in a surprising development!

His return leads to a confrontation in the party fold.

As reported, MQM-P has taken back its former coordination committee leader Kamran Tessori, who had earlier been blamed for creating a divide within the party that led to the expulsion of seasoned politician Dr. Farooq Sattar from the party fold in 2018.

As reported, MQM-P’s multiple coordination committee members have expressed their anger over the restoration of businessman-turned-politician Kamran Tessori as a member of the committee.

“MNA Kishwar Zehra has conveyed her reservations to the party in writing in which she stated that she is part of the committee but will not remain silent on unjustified decisions,” the source quoted estranged MQM-P leaders.

“They have demanded to hold the meeting again and decide on the matters with a two-thirds majority,” the source said, adding “Any member could be included in the coordination committee after approval with a two-third majority.”

The party was further divided into two fractions, MQM-Bahadurabad and MQM-PIB over the issue of giving a party ticket to Kamran Tessori, then a deputy convener and favourite of Dr. Sattar, to contest Senate elections in March 2018.

This disagreement resulted in Dr. Sattar parting ways with the Bahadurabad faction and forming his own group, MQM-PIB.

Three of the four candidates of the MQM-P on Senate seats lost the election including Tissori.

Later, both factions united and contested the July 2018 general elections from one platform.

As reported Kamran Tessori had rejoined the party along with his aides.

The party also made three former leaders of the Pak Sarzameen Party (PSP), Dr. Sagheer Ahmed, Waseem Aftab, and Salim Tajik, who had returned to the MQM-P a couple of months ago, members of its coordination committee.

Senior party leaders Khawaja Izharul Hasan and Abdul Wasim were also elevated to deputy conveners of the party, according to the statement.

However, the latest development has led to a confrontation in the party fold!

Words From one of the loyal person with whom I interacted in MQM, who joined #Mqmpk some time back without any personal interests or agenda and left on principles.#KamranTessori https://t.co/hFNLvcawpK