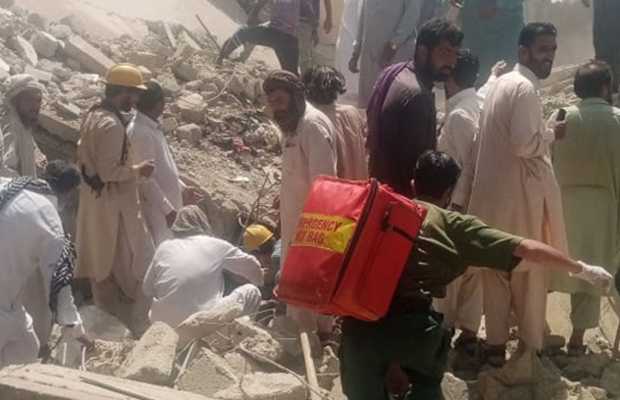 At least four people were trapped after a building collapsed during an anti-encroachment operation underway in the surroundings of Karachi’s Orangi Town drainage nullah on Friday.

As being reported, the three-story residential building was being demolished by laborers using manual tools instead of heavy machinery which suddenly collapsed.

During the rescue operation, three laborers were pulled out of the debris, while a search operation is underway to rescue the fourth man.

According to Senior KMC Director Bashir Siddiqui, all the laborers were hired by the KMC.

The injured were rushed to the Qatar Hospital.

The area was cordoned off as a heavy contingent of police, Rangers, and rescue teams reached the site.

The anti-encroachment drive along Orangi Town nullah started on February 26.

Earlier, the city government removed all the soft encroachments from the area.

According to KMC Director Bashir Siddiqui, it has now started removing concrete structures from the Orangi drain.

A total of 1,703 concrete structures exist on both sides of the nullah and the KMC will demolish 1,127 units up to 30% or more.