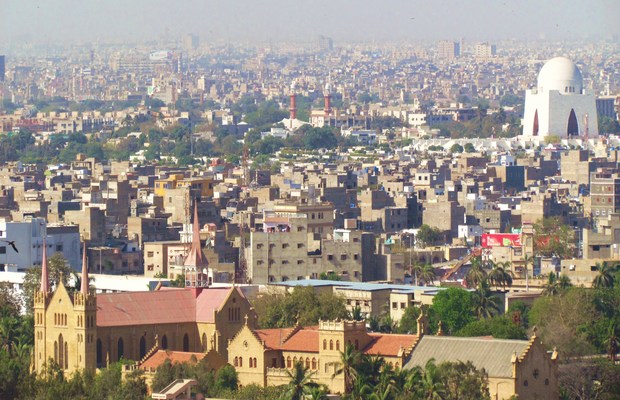 The Supreme Court (SC) on Thursday has given CM Sindh Murad Ali Shah the task to end all sort of encroachments in Karachi.

The apex court ordered that the Chief Minister Sindh work with all departments to end encroachments in the city, directing the chief minister to consult all parties and restore Karachi according to the master plan and to present the report before the court after completing the task.

A two-member bench was headed by Justice Gulzar Ahmed and comprising Justice Mazhar Alam Khan Miankhel, which resumed hearing the case pertaining to illegal constructions in the megalopolis at the apex court’s Karachi registry.

The court in January had issued a set of directives to the authorities regarding the demolishing of illegal constructions, restoration of the city to its 40-year-old state, and for razing buildings that are in violation of the original master plan.

The apex court has also ordered the removal of all encroachments on footpaths in the city. The question was also asked about the non-removal of illegal car parking from the Saddar area.

The court also took notice of the ongoing work by the K-Electric, which has dug up the main University Road which has been carpeted just a year before.

Further directives given by the top court included clearing lands in front of hospitals which are being used to park ambulances, creating zebra crossings and putting up signboards across the city.

Furthermore, contempt of court notice was issued to Provincial Minister of Sindh for Local Government Saeed Ghani for his comments over the anti-encroachment drive in the metropolis.

The judge scolded Sindh Local Government Minister Saeed Ghani and Karachi mayor over statements they had issued against the anti-encroachment operation in Sindh.

“Where is the minister who said ‘we will not raze a single building’?” Justice Ahmed asked. “The mayor Karachi also says we will not demolish buildings. Has he decided to fight a war against the court?”

Ghani in his remarks said that he would not implement the court’s orders, said civil rights campaigner Mehmood Akhtar Naqvi.

The court also questioned director-general of the Sindh Building Control Authority (SBCA) and said, “We had given orders to remove illegal settlements from the city, has any action been taken in this regard?”

The court further asked DG SBCA if he wants to go to prison straight from court.

Ordering the DG SBCA to take immediate action against illegal settlements and to remove them from the city, Justice Gulzar remarked that eight-story high buildings have been constructed in Punjab Colony, Delhi Colony and without having any water or electricity connection. “There are illegal parking places in Zainab Market, along with the rest of Saddar,” the judge observed.

DG SCBA told the court that action has been taken against illegal parking in Saddar.

The judge further remarked that no action has been taken in Saddar. “I go to Saddar every day and see illegal parking there. When did conduct a drive in Saddar?” Justice Gulzar asked.

The judge told DG SCBA that he has sold the entire city. “Have you seen the state of Tariq Road? All the garbage has been dumped there. Didn’t any plaza owner construct a parking area there? It takes three hours to get out of the city.”

“Who does the plaza next to Aladdin Park belong to, and on whose land is it being built? How many plazas are being built currently, and how many keep on being built?” asked Justice Ahmed, observing that the park was being used for commercial purposes.

“You did not stop them from getting rid of the drive-in cinema,” Justice Ahmed told the officials in court. “There will be such a massive plaza there now that you won’t even be able to breathe,” he said.

Justice Ahmed then turned to the DG KDA and questioned: “What have you turned Malir Road into?”

“You have sold the entire city. How much more money do you want?” he asked. “You’ve purchased properties in Dubai and London, but you can’t live there, eat the food there, or bring the weather from there here,” the judge said.

The judge then ordered that all master plans of the city since 1950 be presented and that the court be informed on whose ordered were the plans change and when. “We want to know when a commercial building was constructed and when was it commercialized and on whose orders,” the judge added.

The Supreme Court Karachi Registry in January had ordered that the city be restored to how it was 40 years ago and directed authorities to demolish unlawful constructions. The court had further said that no house will be demolished and be used for commercial purposes in the city.

tweet
Share on FacebookShare on TwitterShare on PinterestShare on Reddit
Saman SiddiquiMay 10, 2019
the authorSaman Siddiqui
Saman Siddiqui, A freelance journalist with a Master’s Degree in Mass Communication and MS in Peace and Conflict Studies. Associated with the media industry since 2006. Experience in various capacities including Program Host, Researcher, News Producer, Documentary Making, Voice Over, Content Writing Copy Editing, and Blogging, and currently associated with OyeYeah since 2018, working as an Editor.
All posts bySaman Siddiqui