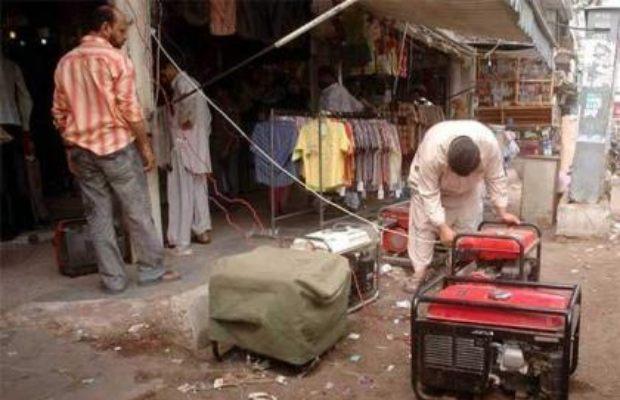 Karachi is currently experiencing 10-12 hours of load shedding as the heatwave sets in!

Electric supply in various localities of the metropolis is interrupted for 10 to 12 hours in the name of announced and unannounced load shedding.

Despite the additional supply of electricity from the national grid, Karachi Electric (KE) has failed to control the power outage.

According to the K-Electric, the duration of power cut down in parts of the city was extended mainly due to an electricity shortfall that had reached 300MW to 400MW.

The areas which fell under KE’s “high-loss areas” remain the worst affected where power supply is suspended for up to 12 hours in intervals.

The extreme weather conditions are adding more to the agony of the Karachiites, with reports of water supply shortages in many areas as well.

Karachiites took to social media to share their agony faced due to prolonged power outages:

There is loadshedding in Karachi 3 or 4 times a day for hours now, especially in Gulistan-e-Jauhar. This is madness from Kelectric. In this unbearable hot weather. this must ends now.#Karachiloadshedding #Endloadshedding#KelectricInsanbano @KElectricPk#Karachi

Extreme heat and severe load shedding across the country have disrupted public life and affected people.

The weather will be hot and dry in most parts of the country today while the plains will be affected by extreme heat.

On the other hand, Federal Minister for Energy Khurram Dastgir has said that he will solve the power problem in Karachi with the corporation of CEO Electric.

On this occasion, the Chief Minister said that there are 12 to 14 hours of load shedding in the rural areas of Sindh.

The met department has predicted a severe heatwave to prevail over the central and upper parts of Sindh.

The heatwave is likely to grip the entire province from May 11 which will last till May 16.

tweet
Share on FacebookShare on TwitterShare on PinterestShare on Reddit
Saman SiddiquiMay 12, 2022
the authorSaman Siddiqui
Saman Siddiqui, A freelance journalist with a Master’s Degree in Mass Communication and MS in Peace and Conflict Studies. Associated with the media industry since 2006. Experience in various capacities including Program Host, Researcher, News Producer, Documentary Making, Voice Over, Content Writing Copy Editing, and Blogging, and currently associated with OyeYeah since 2018, working as an Editor.
All posts bySaman Siddiqui